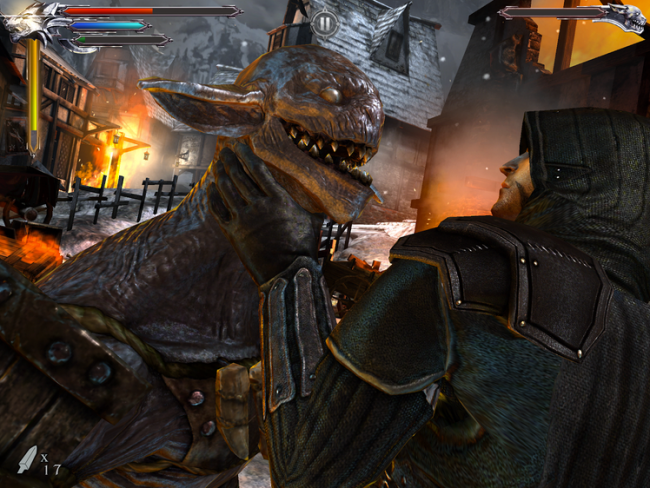 A new game called Joe Dever’s Lone Wolf hit Google Play this morning, one that looks extremely epic and awesome. The game is based around a single character, the last remaining warrior of the Kai Lords, who were massacred by evil orc forces. You must use your powers and own choices to take the game where you want it to go, as there is no set course for this warrior. Decisions you make will change the game’s outcome, so the ability to replay the game after you have beaten it is quite large.

As you go through the story, you can make your own choices. The same goes for when you are in battle. Each move is turn-based, so again, however you decide to play will determine the outcome. It’s an interesting concept, especially when compared to other games where your destiny is basically predetermined.

This title is chapter 1 in a 4 chapter series. Season passes are available for $9.99, but the single game will run you $4.99. For these graphics and a good story wrapped in one, you might want to check it out.