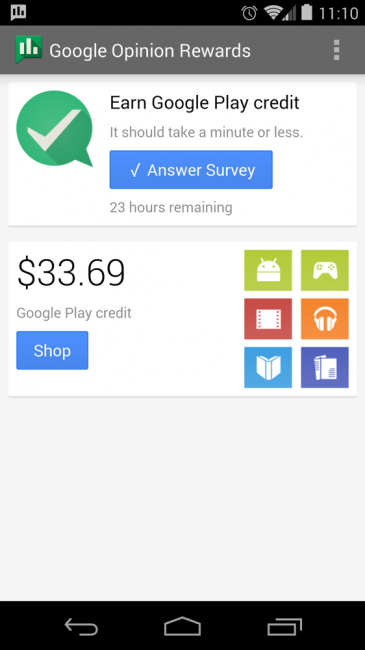 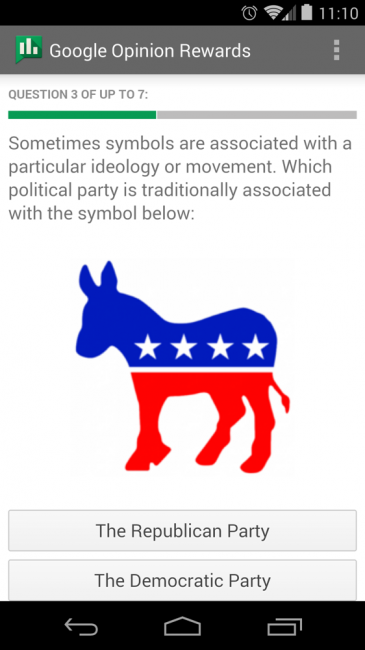 Google released a new app to Android this morning called Google Opinion Rewards. As the name of the app suggests, Google wants to reward you for giving your opinion through surveys, with those rewards coming as Google Play credits. The app is free (of course), requires you to fill out a quick survey on your self (age, location, sex, etc.), and then takes you through a couple of example surveys upon first launch. Once you are all setup, your first survey should appear or Google will notify you when a survey worth Google Play credit is available.

You can also opt-in to surveys that don’t reward, however, I’m not sure why anyone would want to do that. Once credit-worthy surveys arrive, a notification should pop up in your notification area. Time limits accompany them, so be sure to finish them in a timely manner. So far, I can’t tell exactly how much surveys will be worth, but I’d imagine they’ll differ depending on the survey. 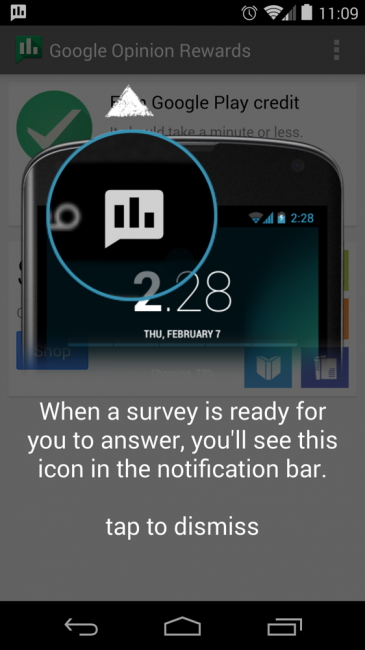 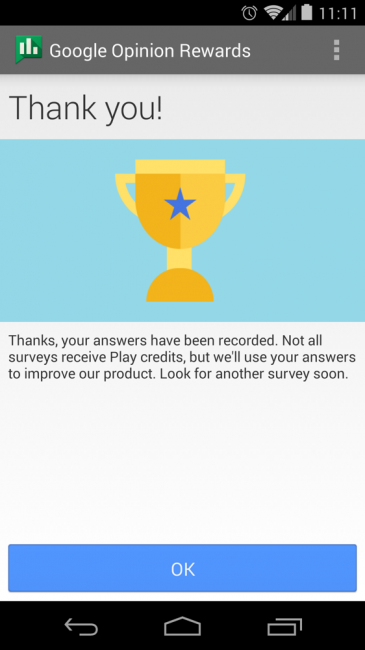