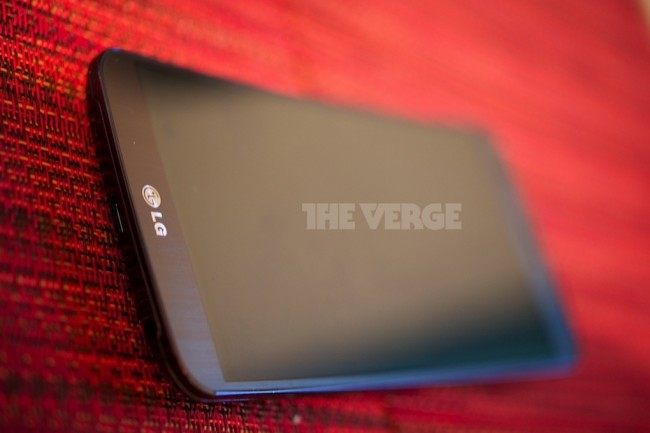 Just last week we got early renders of what LG’s G Flex might look like when we eventually see it. Flexible and curved displays seem to be the new buzzwords following the announcement of the Samsung Galaxy Round and this new LG device. An Argentinian broadcasting station got their hands on the device for an on-air review and sent a few high res photos over to The Verge for us to inspect.

As we like to say around here, nothing is confirmed, but we do get a pretty good look at the Flex from these photos. It is still reported as being a 6″ screen with a fairly pronounced curve across the horizontal axis of the phone; the exact opposite direction of Samsung’s curve. The camera is said to be 13MP, most likely the same one you would find in the G2 because the Flex also features the buttons on the backplate of the device. We do not know any other specs at the moment, but if they line up any more with the G2 the Flex might just start looking like a re-release for the sake of having a curved screen. 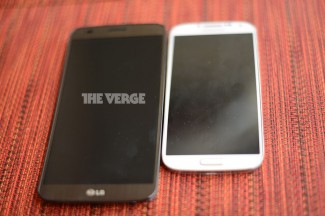 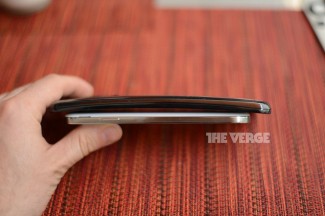 The reporter at the Argentinian station says that the Flex should launch in South Korea next month, but no official announcement has been made by LG about this device’s existence. Until we hear from them, we just have to live off these leaked photos. If you want to see the whole hands-on video with the Flex and brush up on your Spanish at the same time, hit the video below.