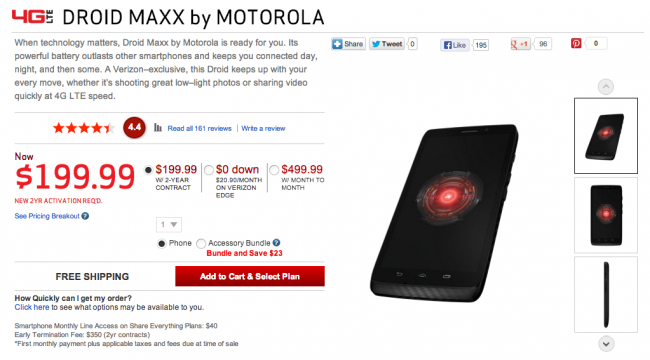 If you had been eyeing one of Motorola’s new DROID smartphones since they were first introduced back in July but were waiting to pull the trigger, you held out wisely. Verizon slashed the prices of the entire family this morning, with the DROID MAXX and ULTRA each seeing a $100 cut. The DROID MAXX can now be had from Big Red for $199 on-contract, down from its starting point of $299. The DROID ULTRA on the other hand is now $99 on-contract, down from its initial price point of $199.

We aren’t exactly sure why Verizon is slashing prices on these phones this quickly, but hey, we won’t complain. We argued that they were overpriced to begin with. For one, the ULTRA probably shouldn’t exist, and the MAXX should have arrived at $199 originally like any normal flagship-type device. It just felt like a greasy sales gimmick to offer two almost-identical phones, but then slightly beef up the battery and storage on one of them just to snatch another $100 out of your customers’ pockets. We all know that the MAXX is the phone of the three that you should buy.

Be sure to read our DROID MAXX review and DROID ULTRA review if you haven’t already. Both are solid phones that provide you with a similar experience to the Moto X, but again, the MAXX is the clear choice if you were deciding between the two. 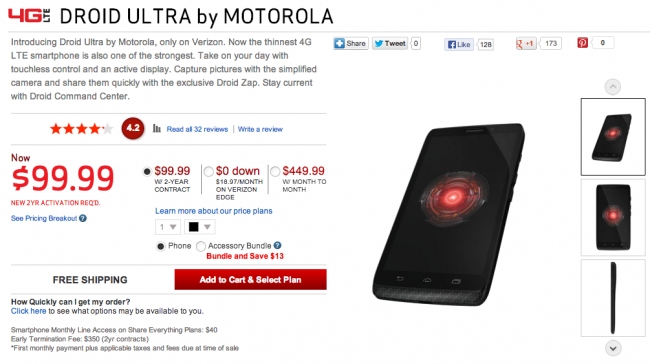