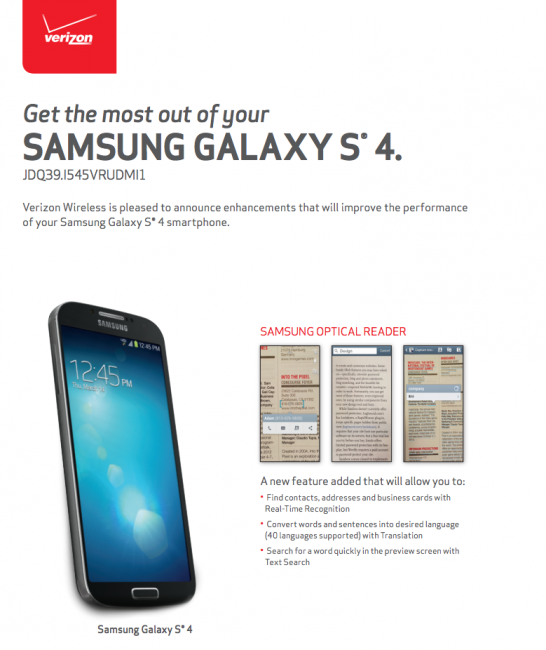 Yesterday, we alerted owners of the Galaxy S4 on Verizon to a new update that was at the time only available via Verizon’s Software Upgrade Assistant. The update jumped users to build VRUDMI1, but without a changelog, we had no idea what to expect other than the phone remained on Android 4.2.2 afterwards. Both Samsung and Verizon have now posted changelogs which we have included in this post.

The update introduces Galaxy S4 owners to Samsung’s Optical Reader application that allows users to find contacts, addresses, and business cards with “real-time recognition.” You can also convert words to sentences from one language to another or search for words quickly in a preview screen.

Outside of that new addition, the update improves WiFi connectivity, changes verbiage on a couple of items (Call Block and Factory Reset), and tweaks other apps from S Voice to S Memo. It’s not a major update by any means, but does weigh in at around 150MB, according to Samsung. We don’t necessarily see anything related to “Security fixes,” but I think rooted users should be careful as always.

The update is also rolling out to a number of our readers over-the-air at this time. To check to see if the update is ready for you, head into Settings>More>About phone>Software update>Check new. 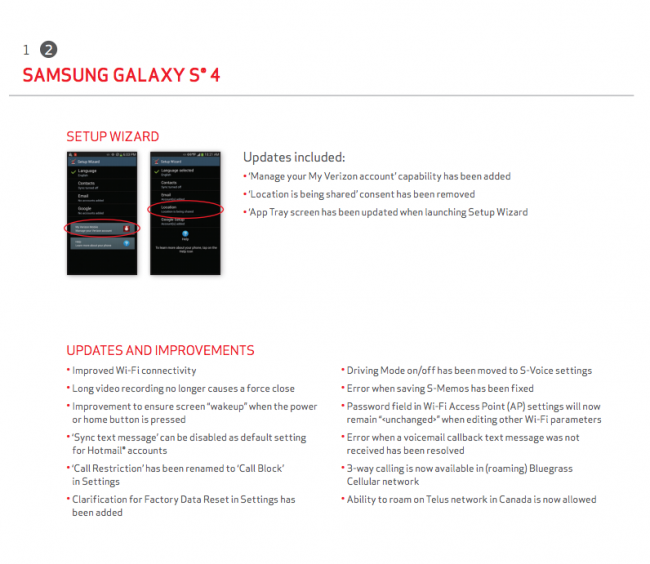 And here is the changelog according to Samsung:

Here are a few facts to keep in mind:

Below new versions of Pre-load application included in SU2: