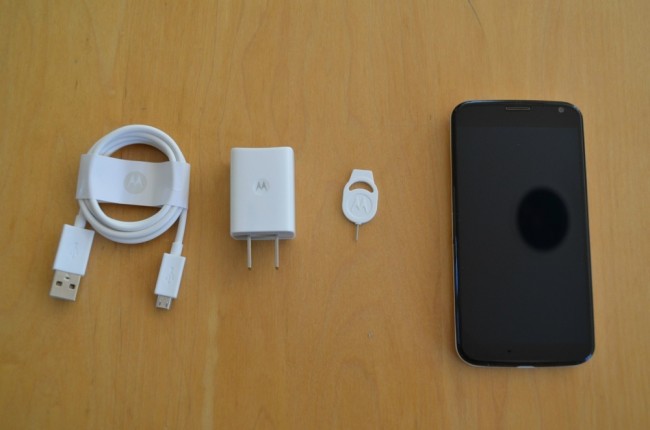 There she is, the Verizon Moto X Developer Edition. Orders started shipping a day or so ago and are now arriving on the doorsteps of lucky early adopters. After going live last week through Motorola’s shop at $649, the DE Moto X quickly sold out and has yet to return. If you got an order in early, you are in an elite group.

At least one of our readers received his today and sent over a bundle of pictures to show its beauty and that “DEVELOPER EDITION” stamp. The two tone black/white combo looks great, at least to us. But then again, we are fans of black fronts on phones with on-screen touch buttons – they just look so clean. 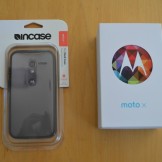 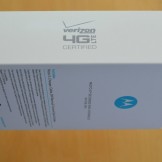 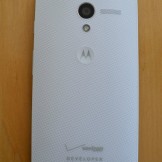 He also sent over pictures of the boot animation, About screen showing Android 4.2.2, and Motorola’s “BOOTLOADER UNLOCKED” warning screen that we first saw after unlocking the RAZR HD few months ago. It’s the most beautiful text a tinkerer could ever ask to see, especially after dealing with Motorola and Verizon bootloader policies of the last few years. 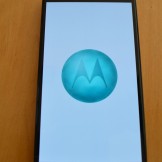 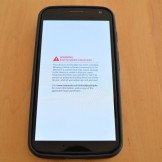 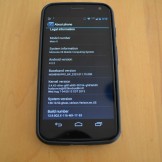 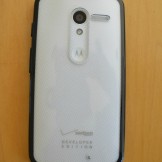 Anyone else pick up a Developer Edition? Feel free to send us pictures of it.