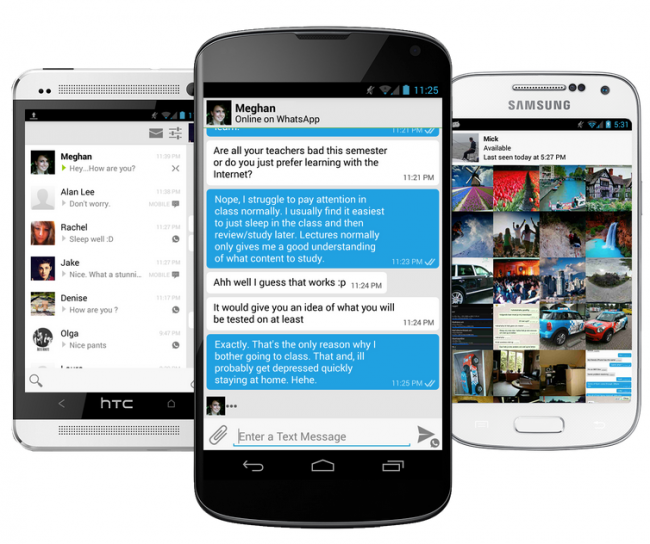 I’ve been using Disa as an SMS replacement application ever since we first wrote it up a few weeks back. The app is in early alpha stages so far and has come a long way in just a few weeks, but today’s news might throw a wrench in that progress. Disa is a unified messaging service that can thread conversations together from different services. But so far, WhatsApp is the only service besides SMS that they support. Apparentl,y WhatsApp isn’t too happy about that.

Taking to Google+ early this morning, Disa’s creator, Jake Dynogic, let everyone know that WhatsApp filed a Cease and Desist order against him and demanded that WhatsApp be removed from his website and his app all together. Dynogic said he would comply, but that Disa would have to be unavailable in the Play Store for a few days while he makes these changes.

Instead of taking the functionality from Disa that makes it unique, the game plan is instead being changed. From here on out, Disa will be built around the idea of “supporting dynamic loading of services that are created by the community.” Instead of building the WhatsApp functionality himself, Dynogic will make Disa accept third-party plugins made by the community so that users can load them whenever they are needed. This approach should avoid the legal troubles while still keeping the functionality.

Facebook messenger integration is almost ready to go live. Have you been using Disa or are you waiting for things to get a bit more stable?