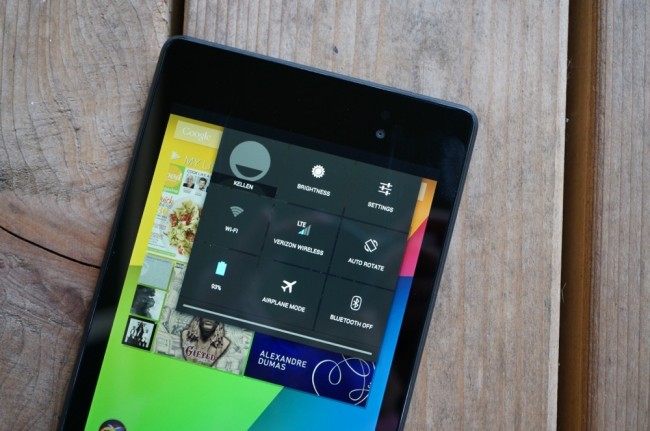 If you have entered the interwebs today and are a Verizon customer who loves Android, then you likely caught wind of a story which criticizes them over their inability to (or decision not to) activate the Nexus 7 on their network. Before we go down this road, though, we should point out that the Nexus 7 with LTE works just fine on Verizon’s network – we have proven this already. The sticky point of this story is the fact that you can’t walk into a Verizon store and activate a new tablet line with the Nexus 7. But since this is the internet, and we freak out about everything, talk of C Block regulation violations and such are flying about! So what’s the deal?

Well, after telling Jeff Jarvis – of journalism, blogging, and podcasting fame – that “not all LTE tablets are created equal” and that the Nexus 7 with LTE is “not part of our line up & can’t be activated,” Verizon has since gone into damage control and attempted to clarify the situation. Their latest response to Jarvis on Twitter claims that they cannot activate the tablet because it is not on a list of their compatible tablets, thus the problem cannot currently be solved.

And in a statement to the press, Verizon PR has said:

This is not yet a device that is Verizon 4G LTE certified. We’ll let folks know when it’s certified.

So here are my two cents. Verizon should have had their systems ready for the Nexus 7 once it was released by Google, since Google announced that it would work on their LTE network back in July. But it appears as if Big Red’s systems simply aren’t equipped to deal with an LTE-only device such as the N7 that hasn’t yet been whitelisted. You see, I tried to activate mine as a new tablet line this morning when all of this fuss first arose, and of course, it failed on me as well.

From what I’ve read from a half-dozen Verizon employees who are responding all over the place to these stories, the system simply cannot deal with activating a device they currently do not have in their system. That’s sort of it. Is that a ridiculous problem of Verizon’s to have that should have never existed, especially with VoLTE around the corner? Of course it is. Do I think that Verizon is somehow doing this purposefully to hate all over Google and their Nexus party? Not for a second.

Keep in mind that Verizon’s CFO sits at every single financial conference around the country talking about their Share Everything plans and how they are going to rake in cash from customers who add-on services, tablets in particular. Verizon charges you an extra $10 per month to add a tablet to your insanely overpriced and terribly-valued shared data plan. This is their cash cow and way of killing it for investors. So again, no, I don’t believe Verizon is really doing everything in their power to tell Google and the Nexus 7 to F-off. It’s not a phone, it’s just a tablet that they can make money off of should you activate and use it on their network.

I think this is simply a situation that could have been avoided had Verizon’s current system which requires approval of devices not been stuck in the dark ages or molasses. I’m sure it will all get resolved before long and the device will get certified, assuming Big Red doesn’t have their testing department on it. Because again, the tablet works just fine on their LTE network as long as you use an already active SIM. Their system just doesn’t recognize the IMEI for the Nexus 7, thus the denial of service.

Cheers EC8CH and everyone else!