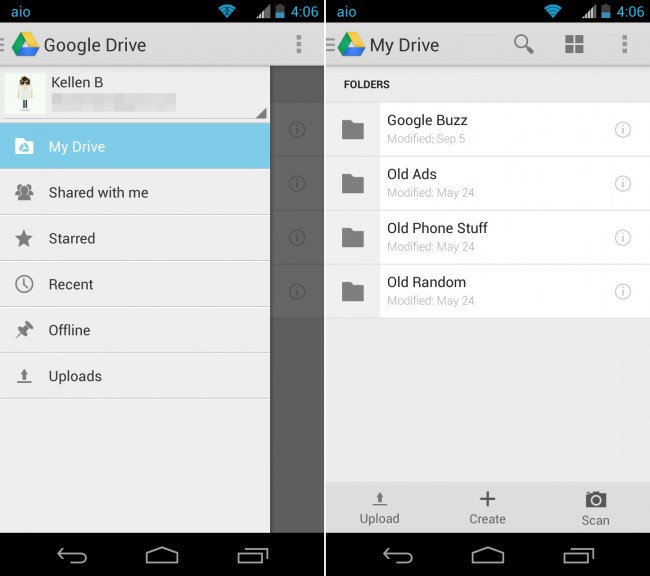 Early last week, Google published updates to both Google Maps and Drive. Thanks to staged rollouts – our least favorite thing on Earth – it took days before the mass Maps rollout began, and even longer for the Drive rollout to hit everyone. We just received the Drive update, which is listed in the Play store as being nothing more than “bug fixes.” That’s actually a lie, since the update introduces pull-to-refresh, quick shortcuts (for upload, create, and scan), and a lighter UI that ditches the black for a grey. That’s pretty much it, but it’s more than “bug fixes.”