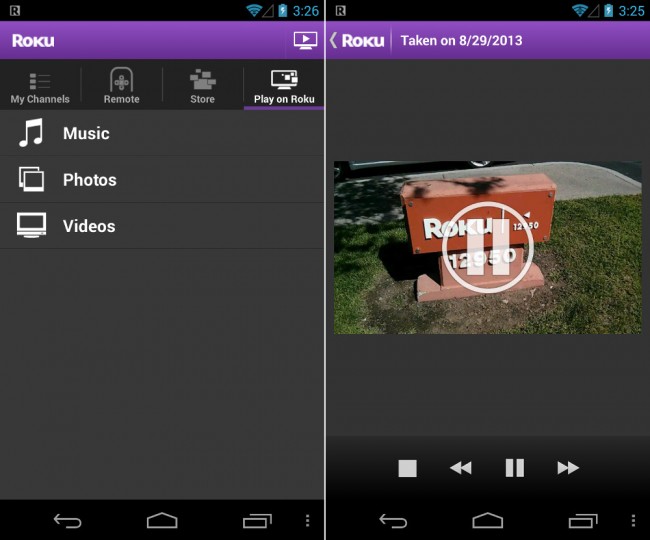 While Chromecast is slowing early innovation because its developer SDK has yet to leave early preview stages, competitors are fully embracing things like the sharing of local video files. Take Roku for example, who updated its Android app last night to include Play On support, a feature that was introduced on iOS a while back. With Play On, you can stream your locally stored Android videos through your Roku player, something Chromecast has yet to officially implement.