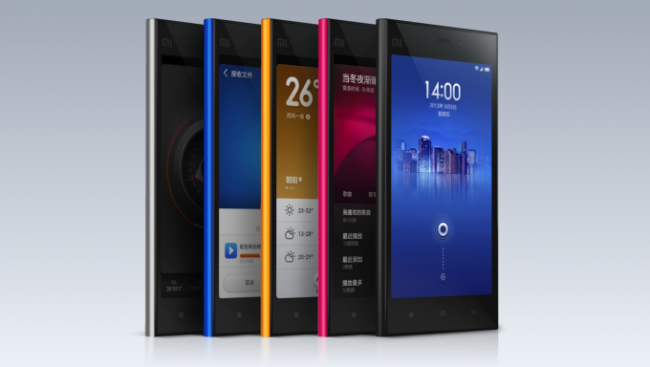 Xiaomi, the same company that recently acquired Hugo Barra from Google’s Android team, announced its latest flagship smartphone today – the Mi3. It is clear that the device is not running stock Android as seen in the picture above, but is in fact Android 4.2+ covered heavily by Xiaomi’s custom skin.

It features top tier specs, but an amazingly low price of just $327 at full retail. In addition, the Mi3 is being marketed as the first phone in the world to be powered by NVIDIA’s Tegra 4 processor. The device features a 2GB of RAM, a 13MP camera with Sony’s Exmor RS and a 3,050mAh battery. Unfortunately, the device doesn’t appear to support any US 3G/4G LTE networks, so importing this specific model will do you little to no good.

Apparently, there is a rumor floating around that Xiaomi is planning a Snapdragon 800-powered model that could then be imported to the States. If that happens, would you be interested in China’s latest and greatest?