Samsung announced the Galaxy Gear smartwatch this morning at IFA in Berlin. It is being touted as the ultimate tool for your Galaxy smartphone. It features a 1.63″ display, a 800MHz processor, as well as a 1.9MP camera built inside. The camera is placed on the outside wristband, allowing you to quickly capture those “precious moments.” To access the camera function, simply swipe down on the device, snap your picture, then upload the photo wherever you would like from Gear.

Galaxy Gear supports all of your favorite apps that can be found in the Samsung App Store. In addition, the device is cross compatible with past Galaxy devices, such as the Note 2, Galaxy S4, S3, etc.

The Gear will be available in October throughout the US markets starting at $299. 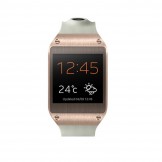 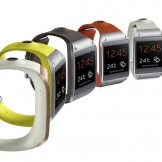 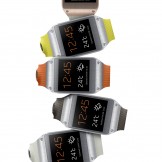 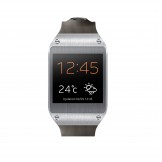