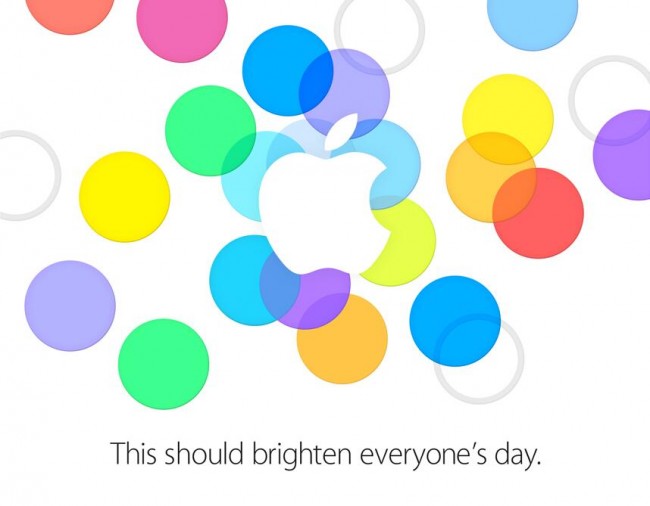 Because we like to keep tabs on the other side of the mobile industry that competes directly with Android, we thought you’d all like to know that Apple has set the date for the unveiling of the next iPhone, likely dubbed the iPhone 5S. September 10 is the day.

There is also a good chance that they will introduce a cheaper version of the same phone, with a variety of iPod Touch-esque colors to choose from. We would imagine that iOS 7 will come out of beta as well, and become available shortly after the new phones launch. You should then expect Apple to remove bundles of key features from it for older phones and tablets, update them quickly, and then brag on stage early next year about how awesome they are at updating in a timely manner (to half-baked versions of their OS).

Other than that, it should be a blast to watch. There is nothing more comical than an Apple presser. Be prepared for “amazing,” “beautiful,” and “revolutionary” all over again, and again, and again. And again.

Give us your thoughts.