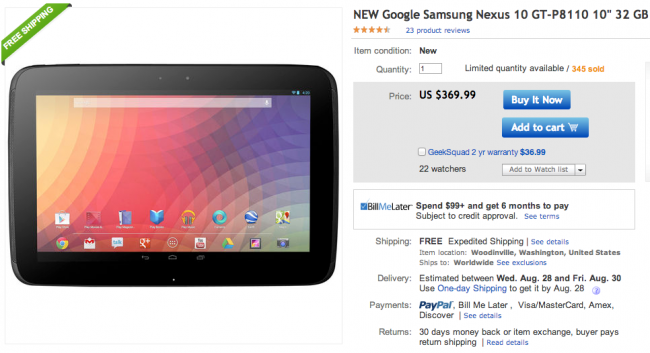 eBay is hosting a sweet little deal on new Nexus 10 tablets, priced at only $369.99 for the 32GB variant. If you were to look on Google Play, you can find the exact device, but listed at a whopping $500. The tablet, in regards to specs and performance, is still a great option for those who like to compare. It features the super high-res 10″ 2560 x 1600 WQXGA display, an Exynos 5 dual-core processor, 2GB of RAM, a 5MP back-facing camera and the ability to have the latest versions of Android running almost as soon as they are released.

If a Nexus 10 sounds tempting, the deals don’t get much better than this.