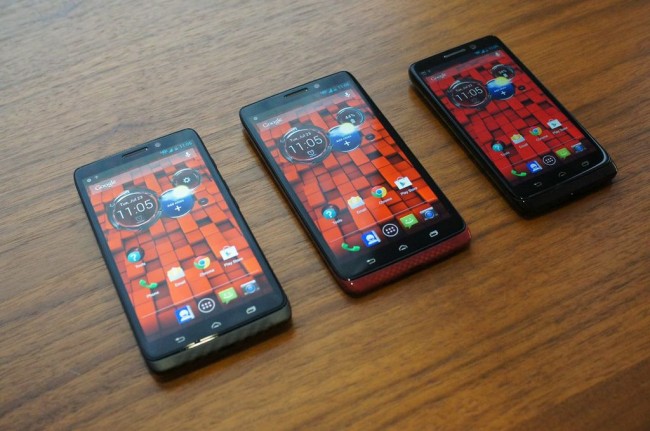 During the week of the August 20, there is a pretty good chance that you are going to have at least three new Motorola devices to choose from on Verizon. Big Red has already announced that the DROID MAXX and ULTRA will be available come the 20th (Mini launching later), but the Moto X may end up arriving later that week on the 23rd as well. We’ve had a number of readers ask us to do a full-on comparison of the Moto X to these other DROID flagships, and we’ll do that once we have review units. In the mean time, we have already put together a spec chart that compares the Moto X to the new DROIDs that you should probably check out. If you want to know how Verizon is going to approach them from a sales perspective, we have something extra for you to look at.

Below, you’ll find a training chart for employees who are being briefed on all four new Motorola devices. Rather than focusing on specs, this chart looks at the software and hardware features of each, and how they can be sold to customers as benefits. It compares the DROID family and its set of “exclusive” features to the Moto X in some sort of a showdown. As you’ll see, there are plenty of extra bright red check marks to highlight the advantages of the new DROID line over Motorola’s solo flagship. 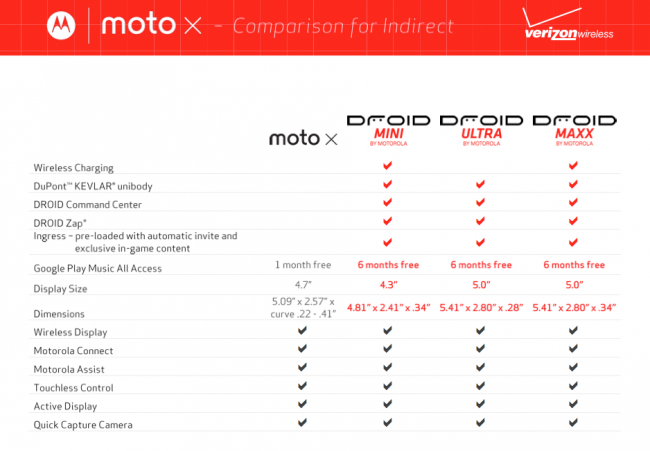 For example, two of the three new DROIDs feature wireless charging – the Moto X does not. They also all utilize KEVLAR around their body to offer more protection, and include the “DROID Command Center,” which is an upgraded version of the 3-circle clock that Motorola introduced last year with the RAZR HD and Atrix HD. In terms of software freebies, Verizon has worked out a deal with Google to give all of the new DROIDs instant access to Ingress, along with 6 free months of Google Play Music All Access access. The ULTRA and MAXX offer a 5-inch display, which ends up being slightly larger than the 4.7-inch panel on the Moto X.

And the top chart doesn’t even mention the fact that the ULTRA is insanely slim (Moto X is slightly thicker than the HTC One). Also, don’t forget that the MAXX offers a reported 48 hour battery life on a single charge, and will also sport 32GB of internal storage.

Keep in mind that all of the new DROID phones are equipped with Active Display, Quick Capture Camera, and Touchless Control, all of which are the Moto X’s best features. So in a way, the new DROID phones actually do have some advantages over the Moto X, for those keeping track. I think what it’ll come down to in the end depends upon how much you prefer a 5-inch display over a 4.7-inch, if 48-hour battery life is a must have, and if you like the look of Motorola’s KEVLAR unibody designs.

I still can’t help but question the need for all four of these devices on Verizon, but I think it’s clearer than ever which phones the carrier will be pushing and which the manufacturer will be using its marketing budget on.

Don’t forget to read our Moto X review if you haven’t. Keep an eye out for new DROID family coverage, assuming we get review units in the next week or so. 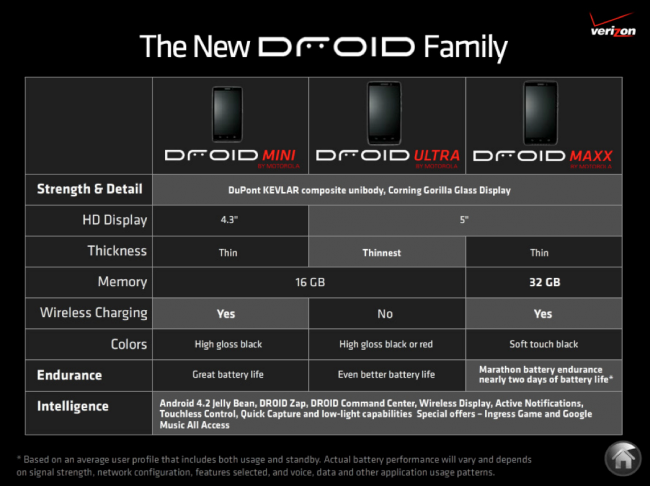