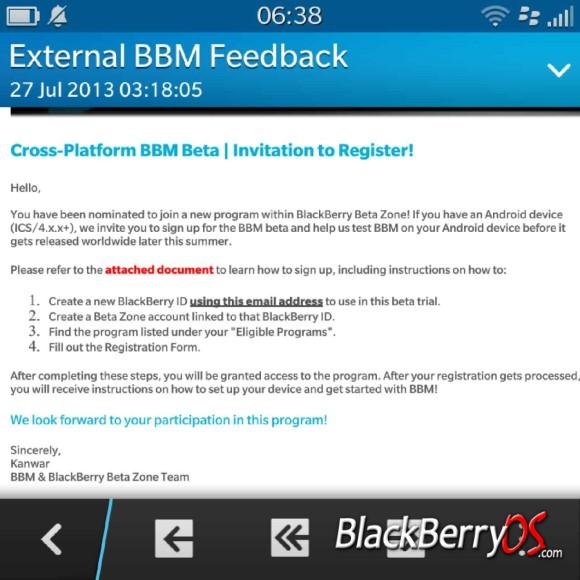 We have been hearing rumors that Blackberry Messenger is coming to Android for almost a year now. Seems like every few months, just when we have forgotten about it, another leaked screenshot or release date comes out to remind us that Blackberry is still working on it. Emails have been sent out to members of a Blackberry Beta group that BBM for Android is available for download right now for testing.

If the email is to be believed, the app is still on track to be launched “later this summer,” which only gives them a few more weeks to get it tested. It also looks like rumors that the app will work on devices with Android 4.0 and above is true. Hopefully after all this time in development the app is going to be worth it.

Are you waiting for this app at all? Or has BBM lost its luster after all this time?