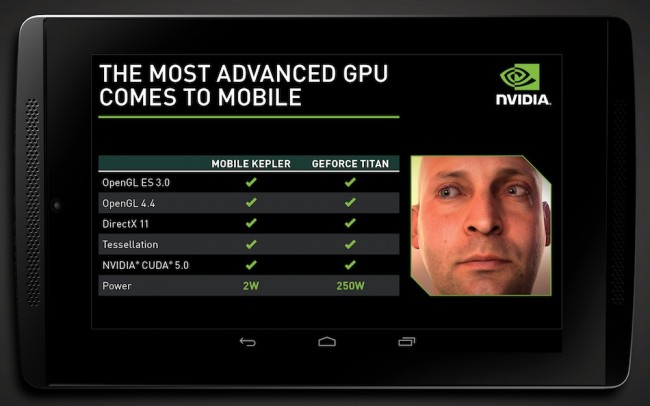 The Kepler GPU is capable of bringing PC-class performance and power to mobile devices, allowing for certain desktop-only programs to run just fine on mobile. For example, advanced physics and simulation software could work on your device, as well as a large suite of other OpenGL programs.

As for when we can expect to see all of this power and raw performance come to tablets and phones, NVIDIA only gave us a 2014 launch timeframe. If you are interested, hit up NVIDIA’s blog and the videos down below to see what Kepler is doing for mobile.