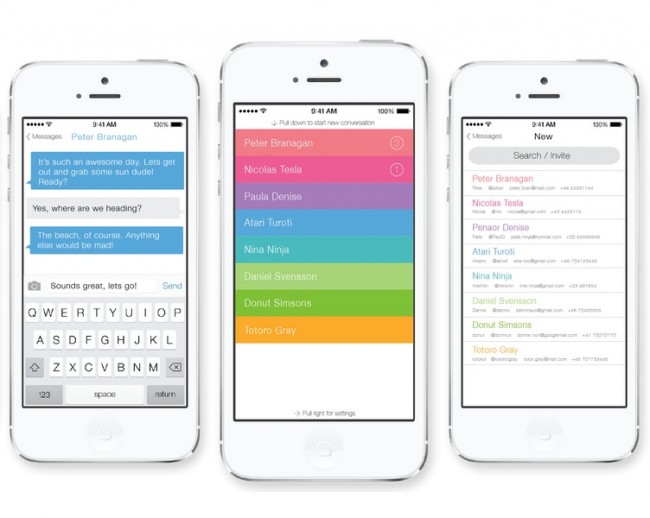 With PRISM and data collection techniques by our government filling front pages of tech sites over the last month, I can imagine that plenty of our readers are hesitant to commit themselves to tech services of any kind, especially those that involve sending personal messages. The folks behind a new app called Heml.is agree that security is of the utmost importance. In fact, Hemlis means “secret” in Swedish, so you can tell by the name of their product that they are shooting for supreme privacy.

So what is Heml.is? It’s another instant messaging app. I know, I know, just what we need, right? Even though the last thing the world can use is another IM app, we thought we’d share because this app not only looks beautiful, but it really does have a focus on security and your privacy. It will also be free to use, but as is typical with most apps these days, can have extra features unlocked for a price.

The Heml.is team claims that they are building an app “where no one can listen in, not even us.” They do not even plan to store your messages on their servers once they have been delivered, though they may offer different expiry times later on. For now, that’s the deal.

As you can probably tell from the image above, the app is not quite ready. Heml.is is asking for funding help, however, they aren’t using Kickstarter because Kickstarter is only for the U.S. and UK. But in case you were wondering, they have already cracked their funding goal in a short two days, so no matter what, this app is going to be made. If you want to back it to help their cause, you can for $5 which gets you two unlock codes. Again, the app will be free once it is released, so if anything, watch the video below to decide if it’s something for you.

The app will be available on Google Play and iOS once it is ready. When will it be ready, you ask? The only timeframe they are giving right now is, “when it’s done.” They claim that they will try to get it out the door as soon as possible, but of course, want to do it right.