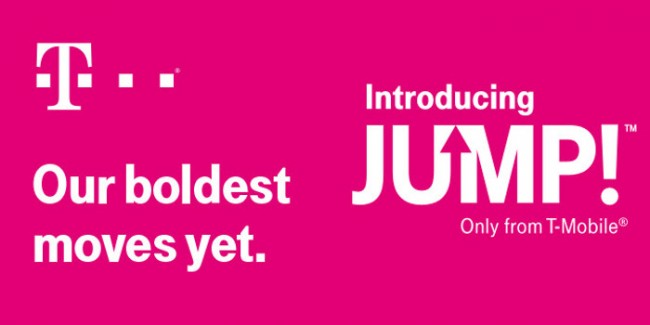 T-Mobile is still on stage in New York at the time of writing this, unveiling all sorts of new company initiatives, but since the press release for it all has already gone live, let’s talk about it. We’ve got four big things to discuss:  their new JUMP! phone upgrade policy, the launch of their 116th 4G LTE market, a new family option, and the release of the Sony Xperia Z on their network.

In terms of JUMP!, we’re looking at a $10 per month charge per phone that allows you to upgrade your phone whenever you’d like (sort of) and protects against malfunction, damage, loss or theft. You can upgrade phones using T-Mobile’s Equipment Installment Program (EIP) twice every 12 months after you have been a part of JUMP for six months. All you have to do is trade in your previous phone in “good working condition” at any store. If you have remaining payments on that phone, they will be wiped out, since you’ll likely add on a new payment plan when you buy a new phone. New phones will be purchased at the same price as new customers.

T-Mobile also announced a new “breakthrough” family option for their customers. This new plan gives families with four lines of unlimited talk, text and web (up to 500MB of high-speed data) for $100 per month. There is no credit check or annual contract.

And finally, T-Mobile announced that they are now carrying the Sony Xperia Z. The device will launch on July 17 for $99 down, but if you pre-order it on July 16, they’ll toss in a free Sony Bluetooth speaker as a gift. If you don’t feel like waiting until July 16, you can purchase the Xperia Z from 38 different Sony stores as early as today. 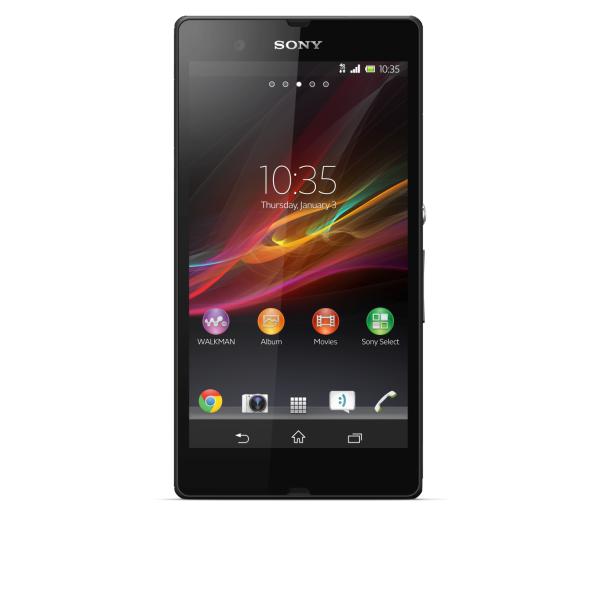 More info about JUMP! can be found at T-Mobile’s site.

NEW YORK – July 10, 2013 – T-Mobile US, Inc. (NYSE: TMUS) isn’t resting after turning the industry upside down with its “Un-carrier” approach to wireless earlier this year. It’s picking up the pace and continuing to revolutionize wireless for consumers.

At an event in New York today, America’s Un-carrier announced a groundbreaking new program, JUMP!(TM), which enables people to upgrade their phones when they want, up to twice a year as soon as six months from enrollment.

“At some point, big wireless companies made a decision for you that you should have to wait two years to get a new phone for a fair price. That’s 730 days of waiting. 730 days of watching new phones come out that you can’t have. Or having to live with a cracked screen or an outdated camera,” said John Legere, president and CEO of T-Mobile US. “We say two years is just too long to wait. Today, we’re changing all that with the launch of JUMP! Now, customers never have to worry about being stuck with the wrong phone. And, yes – it’s really as good as it sounds.”

In addition to JUMP!, T-Mobile today announced a major expansion of its 4G LTE network to reach 157 million people in 116 metro areas across the United States. The company also unveiled a program enabling families to get four phone lines with unlimited talk, text and Web and up to 500MB of high-speed data for only $100 per month – with no credit check or annual service contract required.

Today’s news builds on months of momentum since T-Mobile announced a series of bold moves in March. The announcements included dramatically simplifying its lineup of consumer rate plans to one affordable plan for unlimited talk, text and Web on a nationwide network; eliminating the need for consumers to sign annual service contracts; and enabling customers to get popular smartphones whenever they want for amazingly low upfront pricing.

Since then, market data indicates the company has nearly tripled its flow of postpaid net-new customers from AT&T and shows T-Mobile gaining more net-new customers in May than each of the other major wireless carriers in New York; Los Angeles; Houston; the San Francisco Bay Area; Miami; San Diego; and Washington, D.C.

An Easy “JUMP” to Phone Upgrades
JUMP! from T-Mobile is designed to provide customers with total protection for one of their prized possessions: their smartphones. It offers the freedom to upgrade to a new device more affordably and protects against malfunction, damage, loss or theft – all for just $10 per month, per phone (plus taxes and fees). That’s just $2 more than most customers have been paying for handset protection alone.

Beginning Sunday, July 14, customers can choose to upgrade when they want, not when they’re told with JUMP! Here’s how it works: Customers can upgrade to a new phone, financed through T-Mobile’s Equipment Installment Program (EIP), twice every 12 months after they’ve been in the JUMP! program for six months. Simply trade in an eligible T-Mobile phone in good working condition at a participating store location. Any remaining EIP payments will be eliminated, and current customers can purchase new phones for the same upfront pricing as new customers, with device financing and Simple Choice Plan, a no-annual-service contract. With JUMP!, current customers never pay more for their new phones than new customers.1

T-Mobile’s 4G LTE Network Rapidly Expanding
Having a great device means little without a fantastic network supporting it, so T-Mobile is also moving at incredible speed to make its already lightning-fast network even better and faster for customers.

T-Mobile remains on target to deliver nationwide 4G LTE network coverage by the end of the year, reaching 200 million people in more than 200 metropolitan areas.

Launching Breakthrough Family Option with No Credit Checks
T-Mobile today is also extending its Un-carrier strategy to families by addressing a huge customer headache: being denied premium family-plan rates because of less-than-premium credit.

Beginning July 14, families can get four Simple Choice Plan lines with unlimited talk, text and Web and up to 500MB of high-speed data for only $100 per month (plus taxes and fees) – no credit check and no annual service contract required.

An average of one in three consumers who apply for wireless service do not have strong enough credit to qualify for the best wireless rates, according to industry data. Other customers prefer to avoid the hassle of a credit check. As a result, these customers may forego service from a top provider or purchase several prepaid lines.

But with T-Mobile, all families can now access a great multi-line deal with no credit check. Simply put down a deposit (roughly equivalent to one month’s bill) to get the same incredible multi-line rates and network experience as other customers.

The Simple Choice Plan has been wildly popular with families since its introduction in March. About 80 percent of customers who have signed up for the plan have opted for multiple lines.

JUMP! may not be available in all locations. See your sales associate at participating T-Mobile retail stores, or go to http://www.T-Mobile.com for details.

1 Device pricing may vary based on approved credit.
2 As of Feb. 4, 2013, outside of Japan there are no smartphones with a waterproof rating higher than the Sony Xperia Z/ZL. For more information on Strategy Analytics results, go to http//:www.sonymobile.com/testresults.
3 If you cancel wireless service, remaining balance on phone becomes due. Not available in Washington, D.C.

About T-Mobile US, Inc.:
As America’s Un-carrier, T-Mobile US, Inc. (NYSE: “TMUS”) is redefining the way consumers and businesses buy wireless services through leading product and service innovation. The company’s advanced nationwide 4G and 4G LTE network delivers outstanding wireless experiences for customers who are unwilling to compromise on quality and value. Based in Bellevue, Wash., T-Mobile US operates its flagship brands, T-Mobile and MetroPCS. It currently serves approximately 43 million wireless subscribers and provides products and services through 70,000 points of distribution. For more information, please visit http://www.t-mobile.com.