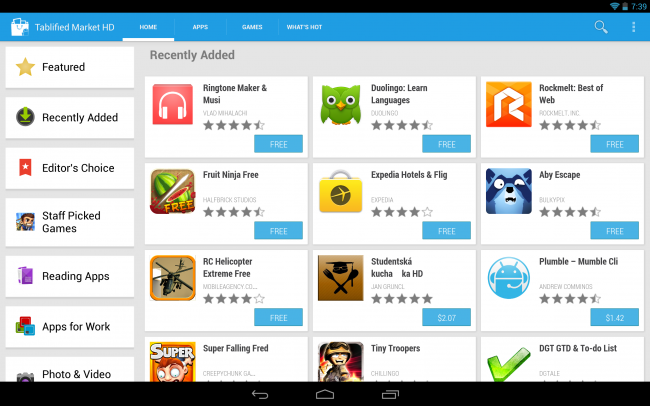 The team behind Tablified Market HD pushed out a major update to their tablet app-finding service this week, bringing with it a UI that mimics that of the new Google Play store in a sense. They also included Roboto font throughout, a new navigation drawer, auto-updating of screenshots, higher resolution screenshots, a new screenshot gallery, and a whole bunch of new apps and games.

For those not familiar, Tablified Market HD is an app that collects all of the best tablet apps that are available on Google Play and then makes them easy for you to find. Since Google has yet to figure out a way to properly showcase tablet-optimized apps, we’re forced to use apps like Tablified. It’s currently the best we’ve seen at featuring apps made specifically for tablets. So if you have a tablet yet are frustrated with the tools currently available to help you find optimized apps for you big screen, give this one a shot. 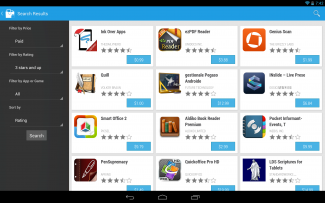 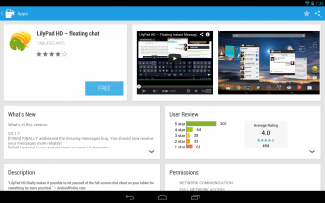