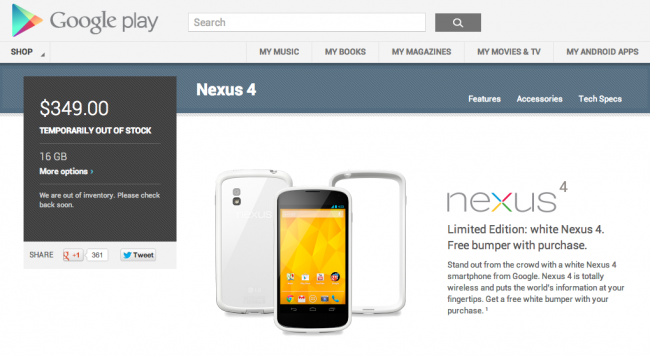 The limited edition Nexus 4 in white is now unavailable in both 16GB and 8GB sizes through Google Play. The 8GB version was wiped out last week, but the 16GB version managed to hold out until moments ago. Since the white variants were deemed “limited,” it makes sense that Google would run out of inventory.

The . We’ll try to update you as we see changes in inventory.

Update:  Scratch that, it’s now listed as “no longer available for sale.”