Here are the Volume 13 answers from the Droid Life Q&A Sessions. On Monday, a good amount of you took to the comments section to get your questions answered, leaving us with lots of interesting inquiries, focusing primarily on Motorola, Nexus devices, and what the DL Crew finds themselves doing during the summer months. We love it when you get a little personal.

Down below, we go over why 2013 has been sort of a “slow news year” in terms of Android and devices, what we dislike about Android, if we could see a Google Play Video All Access service and a whole lot more.

Reminder: K is Kellen, T is Tato and R is Ron.

This year has been the slowest that I can ever recall for Android in terms of new software and hardware. It seems like the pace of mobile innovation is slowing. Is it a sign of the technology maturing, a lack of competition or something else?

T:  Besides Samsung, I think OEMs are realizing that focusing on few products leads to better sales. If you spend more time and energy on a device, it shows and consumers naturally respond to that. The HTC One is a prime example of this change in a company. Stop trying to reach as many different buyers as you can and instead, focus on the entire market with one device. So far, I’d say it has worked pretty well for them. So that’s probably why we’re seeing fewer devices. — As an OS, it’s clear that Android has matured by leaps and bounds. As many ask us, where do you see it going from here? It’s hard to say since it already features so many great things, but that’s what is great about Google. They will surprise us, somehow.

R:  ​It’s a sign that OEMs can’t afford to keep throwing out a device every other month without making money. Samsung can afford to do it, but everyone else is slowing down. The other major factor is that most people now have smartphones and are stuck in two year contracts, so it doesn’t make sense for companies to pump out tons of phones. — In terms of software, I think that is definitely because Android has reached a more mature state. We’ve talked about that issue on the show before. Innovation is slowing because companies are running out of ideas. That’s why you’ll continue to see gimmicks advertised as new features; the smartphone as a concept is mature.

K: I think in 2010 and 2011, the industry had a new toy (Android) that they were trying to be the best with. It was like companies were trying to one-up each other each month with a new camera or 3D screen or dual-core processor. I’d say it all has matured, but that’s such an amazing thing. Phones from even a year ago were not awesome in the way that 2013 phones are. Think back to 2010 or 2011 and how many issues we all had? Most of those are all gone now.

T:  Well, when I get asked that by friends and family, the usual answer is Android’s overall “janky” feeling. At times, the lag and stuttering just gives off a janky vibe. That’s the best way to describe it. Jank. Project Butter definitely improved on the jank, but there is still some jank to fix. Let’s get this trending – “#GotJank”

K: That even though we are 4 or 5 years into the game, I still have yet to find a perfect Android device. Out of all these manufacturers, none has created a phone I would consider to be perfect – they all have some issue that drives me nuts. Nexus 4 has a sub-par camera and no LTE, Samsung has that terrible physical home button, and the HTC One is too big and also has a terrible nav button setup. You’d have thought that by now someone would have done it just right, but nope.

With Google Play Music working now with a monthly fee, do you think Google TV/Movies will follow suit?

T:  OMG, that would be siiick. Although, with streaming comes huge licensing issues that would take time for Google to work out with the studios. As you might see, not all music in Google Play is available on All Access, due to licensing, so you would see an even more poor experience on an All Access Video service most likely. I mean, this is Google we’re talking about so anything is possible, but I don’t think we will see anything like that soon. And if they do work out some deal where we can stream their entire movie/TV library, then I would expect the monthly price to be quite high.

R:  Nope. The deals for that sort of thing would take months and probably wouldn’t be worth Google or the studios’ time. The movie/TV industry isn’t hurting like the music industry has been, so they have no incentive to move towards subscriptions.

K: Well, that would certainly be a great service, but I think the music and TV/Movies industries are so different that I’m not sure it’s possible. But then again, we do have Netflix and Amazon doing something along those lines, so it’s certainly possible. I just hope that if Google does it, it doesn’t suck like Netflix and Amazon.

Do we still really think that there will be TWO Motorola devices (mid-range for summer, “hero” device for fall) and if so, will all carriers get the latter?

T:  Motorola will hopefully look to take the Samsung approach, hopefully releasing a hero device to each carrier. As their CEO said, we can expect to see multiple devices, so it could definitely be happening.

R:  Nothing is confirmed. (Tim’s note: Dude stole my saying!)

K: Moto CEO Dennis Woodside said they would release multiple phones from now until October, so yes, I do think we will see a hero device along with the mid-range XFON. I also think their goal is to get both on every single carrier they can. The only confusing thing, is how Motorola is going to go about fighting themselves for those new DROID Ultra phones that are headed to Verizon.

K: Ooh, tough one. I’m a hip hop guy, so I’d have to say favorite of all time is Gang Starr. For non-hip hop I’d have to say Ryan Adams (pre-sober days). But I’m listening to a lot of The Weeknd these days, plus Yeezus, the new J Cole, and even Miguel.

If you all lived on a deserted island for one full year, and you could only play ONE Android game, what game would that be and why?

T:  Well, naturally I would have NVIDIA’s SHIELD with me, so I would probably like to have Need for Speed: Most Wanted on it. Pretty awesome game.

K: Oh come on, you already know. I think I’ve beat Granny Smith on 15 different devices already – some twice, because I had to factory reset a phone for one reason or another.

What are your favorite summer activities?

T:  Besides lounging around and doing nothing, I like to get out and go for walks with the dogs, play some baseball/softball, eating bacon burgers. Word.

R:  Going to the beach/pool. Having a working air conditioner.

K: Beer festivals. You’ll also find me holding down the grill almost every weekend and finally getting to run outside, since it rains the other 9 months of the year here in Portland. 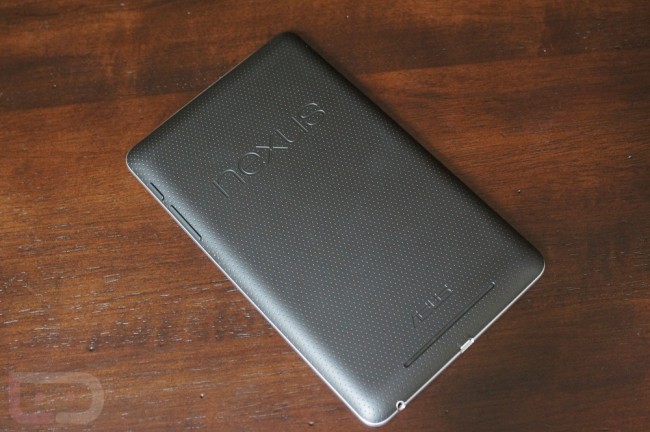 What tablet (7, 8, or 10 inch) would you recommend that is on sale right now? Would it be advisable to wait to see if Google releases new Nexus tablets?

T:  I would wait for the refreshed Nexus 7. No doubt. It’s coming. Unconfirmed, but I just feel it.

R:  I would wait for the next Nexus tablet. I’ve seen a lot of people complaining about slowed down Nexus 7s, though, so maybe pay a little more for something from Samsung (if you can handle the beast known as TouchWiz).

K: I definitely wouldn’t buy a tablet right now because the new Nexus 7 is coming. It’s currently scheduled for a release around July 30th, with the original Nexus 7 potentially seeing a discount next week to move remaining inventory. Shh, you didn’t hear that from us. 🙂

What are your thoughts on the Samsung NX Camera?

T:  I think it’s really neat. I know some are turned off by the Android-powered stuff, due to the Android jank issue, but this camera’s hardware could actually outweigh Android’s issues. We don’t know pricing yet, but I am definitely excited to try one out once I get the opportunity.

R:  I don’t think people want Android on their camera, especially their really expensive camera. I don’t think this appeals to professionals and it certainly doesn’t appeal to regular consumers. I imagine it will do just about as well as the Galaxy Camera.

K: Cool concept, but I would have much rather seen them going with the smaller NX body style that you see on the NX1000 and NX2000. I’m also scared of the price, which could exceed $1000.