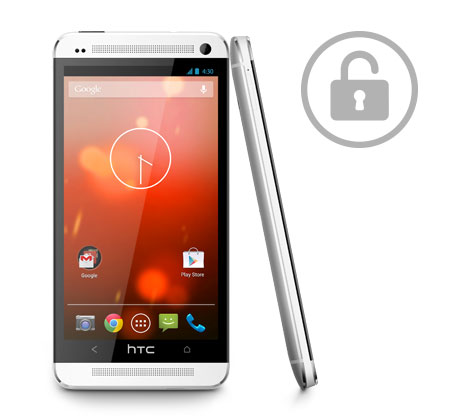 Now that the Google Play Editions of the Samsung Galaxy S4 and HTC One are available for purchase and in the hands of a select few media outlets, we’re starting to see a look at the version of Android they are both running. Surprisingly enough, they appear to be running slightly different versions than any of us have, even on Nexus devices, though the version is still Android 4.2.2. 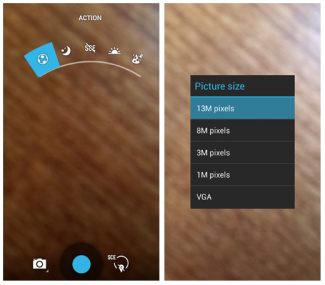 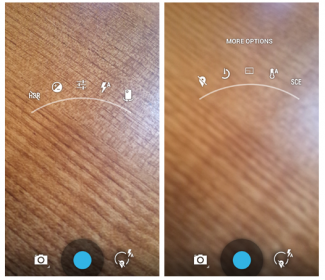 The first thing we noticed after looking through JR Raphael’s write-up over at Computerworld, was the new camera UI that first appeared on a Nexus 4 running Android 4.3 a few weeks ago. We assumed this new camera UI, with a much more intuitive-stacked menu system, was going to be a part of the oft-rumored 4.3 update, but that’s clearly not the case. Again, the new Google Play Edition phones are still running JDQ39 (Android 4.2.2), but the camera app is indeed a newer version than what is publicly available today.

In the current stock Android camera UI, the menu functions as a circle that can be impossible to navigate because your finger often covers up the options. With this new stacked version, your finger is never in the way. 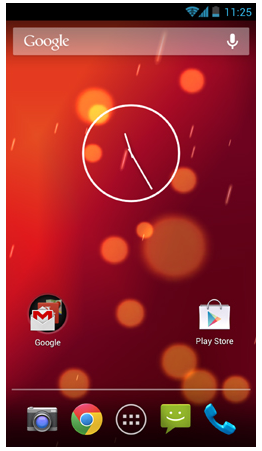 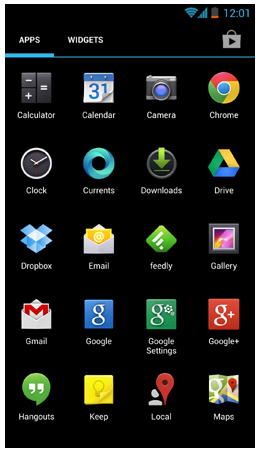 The second thing we noticed was the new red-themed Phase Beam wallpaper. On Nexus devices (and many other non-Nexus phones and tablets), Phase Beam in purple and blue has been a standard for as far back as I can remember. On these new special edition devices, we’re seeing this slightly tweaked version that may or may not come to Nexus phones. If you want to experience the red Phase Beam today, you can grab a third party version from Google Play.

In terms of the app drawer, Google appears to have tweaked the Google Play Editions to a 4×5 layout. On the Nexus 4, we’re seeing 5×5, but the Nexus 4 also carries a slightly wider resolution ratio than the Galaxy S4 and One, which could be the difference in layouts. It’s nothing major, but still something different.

Last, here is the boot animation from the One “Google Play Edition.”  I think the takeaway here is that these are non-Nexus devices, so you won’t see the Nexus X that is currently used on Google’s lineup of phones and tablets. These are Google Play Edition phones, so Google went ahead and created a special boot animation for them. I actually like it, and can’t wait for it to be turned into a flashable file for all of us to enjoy. The new animation semi-mimics the refresh animation you see on the Google+ app for iOS.