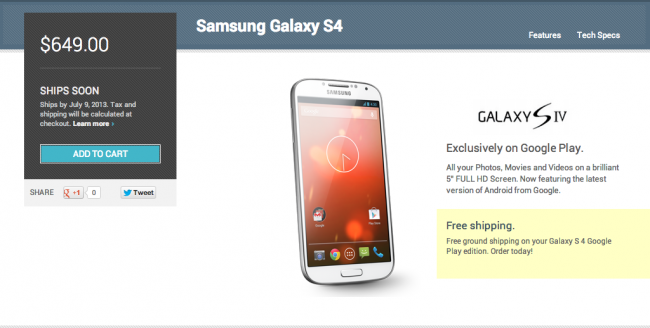 As expected, since the date is June 26, the new “Nexus experience” editions of the HTC One and Samsung Galaxy S4 are now available through Google Play. Each runs a completely stock version of Android that will be (or won’t they?), much like its line of Nexus devices. You won’t find HTC’s Sense or Samsung’s TouchWiz anywhere on either phone, making these the ultimate flagship phones for Android enthusiasts.

The HTC One can be had for $599, while the Galaxy S4 drops in at $649. Both phones do not require a contract through a carrier and are sold as “unlocked,” however, each will work on either AT&T and T-Mobile LTE networks. They also come with unlockable bootloaders, so they are by all means hacker-friendly. 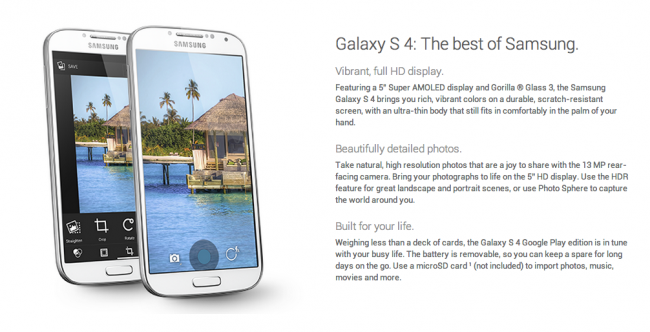 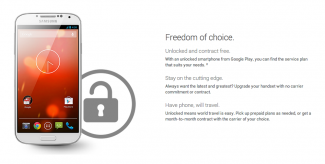 The devices will ship soon (in July).

This is your opportunity to buy the latest and greatest in smartphones, but have them mostly handled by Google. Are you ready to dive in?