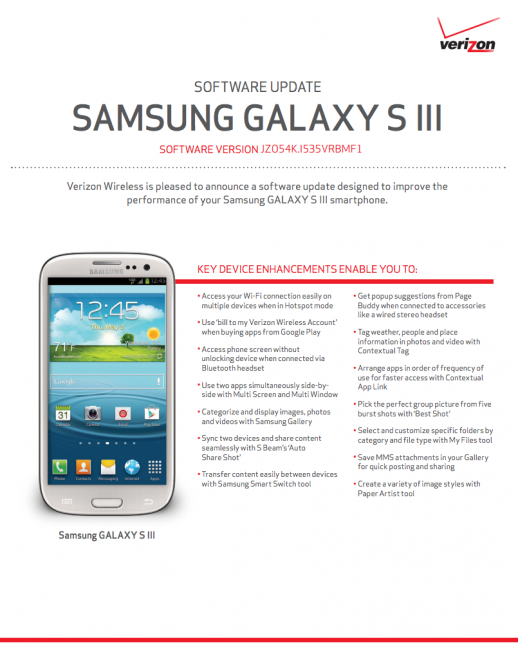 Last night, Verizon began pushing a new update to their version of the Samsung Galaxy S3 after the last update went horribly wrong, causing LTE connections to become incredibly unstable. We now have the updated support documents for this new build of VRBMF1, however, nothing in particular states that this is a bug fixer. In fact, it’s an exact copy of the VRBMD3 document that lists out multi-window, but with two bullet points added on to the end for “Support for VMWare” and a “Google security patch.”

Even though there isn’t a mention of a fix for connectivity, reports from readers in last night’s post suggest that this does indeed address LTE data issues.

The update is 129.1MB in size if you did not update to VRBMD3. If you did, the new update will be much smaller. To grab the update, head into Settings>About phone>Software update. It should be live for all. 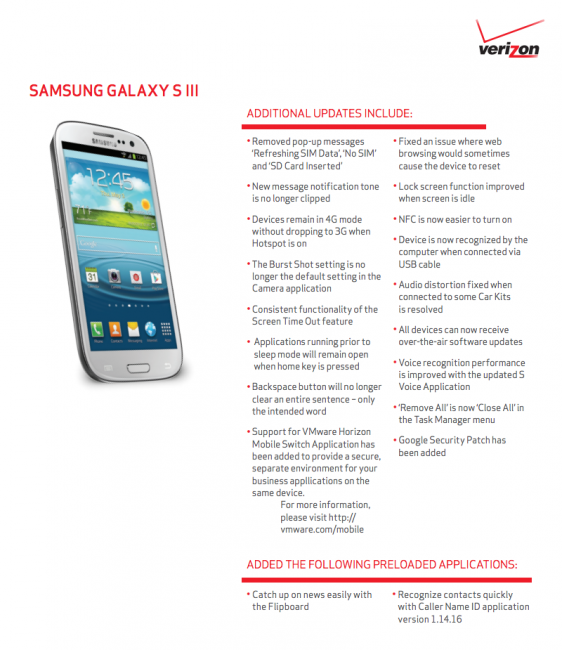