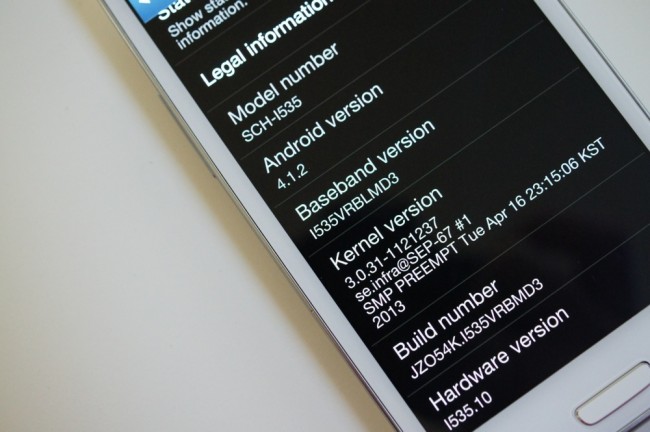 The latest update of VRBMD3 for Verizon’s Galaxy S3 variant was supposed to be one of its biggest to date. With new features like Multi Window, the device was finally joining its brothers and sisters on other carriers, even if it was a few months late. But as the update went out, reports of problems began almost immediately. In fact, we wrote up a report after a handful of readers all expressed concern over poor connectivity issues post updating. We were seeing 4G LTE connectivity disappear with no way to make it return. As you can imagine, the experience with a device that is struggling with connectivity is not the most pleasant. We’re talking incredibly slow data speeds and massive battery drain.

Users have continued to hang out in this thread, updating the community on their situations. Some have gone through multiple replacements devices, all of which start out fine until the new VRBLMD3 baseband update has been installed. Then it’s back to connectivity problems and battery drain.

Thankfully, Verizon’s support teams are now fully acknowledging that the update has been pulled because it can “cause poor to no signal.” At this point, there isn’t a solution, however, they are working with Samsung on one.

In the mean time, it may be worth looking into a replacement since there isn’t a simple solution for rolling back your device to a previous build. Assuming Verizon will comply and give you one, the update won’t be pushed to your device, so you can enjoy it until they can come up with a fix.