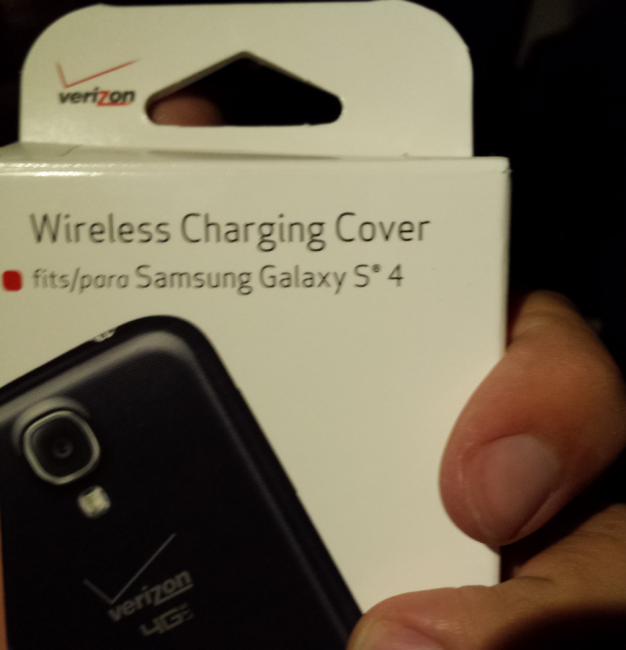 Just over a week ago, Samsung announced that they had made their own wireless charging cover and charging pad for the Galaxy S4 available through their online accessory shop. It has since sold out a couple of times, even with the bundle running $90. If you have yet to pick one up and have been on the lookout, think about stopping into your local Verizon store. As you can see from the picture above, stores are starting to carry the black version equipped with Verizon and 4G LTE branding.

The cover by itself runs $39.99, just as it does through Samsung’s shop. We’ve also been told that if your store doesn’t have them in stock, that they can be ordered over the phone. For whatever reason, they are not currently available through Verizon’s site, though we would assume that they will be before long.

Or you could swing into the the online DL store, which apparently still has the bundle.