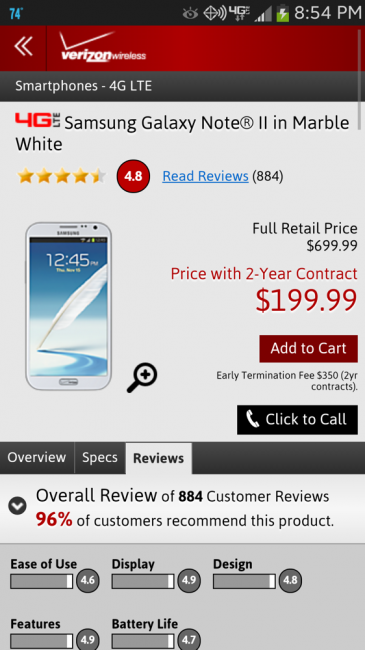 The Samsung Galaxy S4 may be all the rage these days, but last year’s mega-phone, the Galaxy Note 2, is still quite the prize should you be in the market for an oversized device. Some time in the last couple of days, Verizon dropped their variant to $199.99 on 2-year contract, down from what has been a launch price of $299. And actually, this is as good of a deal as you’d get from Amazon while using an upgrade, something that rarely happens in the mobile industry. If you are a new customer, it’ll only run you $79.99.

Keep in mind though, that Samsung will likely release a Galaxy Note 3 at some point towards the end of this year. Most of the details on it at this point are still rumors, but you can imagine that it will be the holiday device to own outside of a new Nexus. However, the current Note 2 is still a beast and will easily get you through a contract.