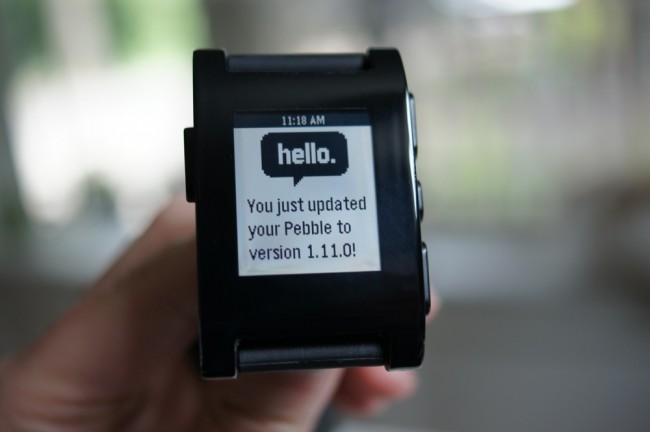 Pebble, the darling smartwatch of Kickstarter, received an update today that makes receiving multiple notifications manageable, finally. In the past, one of our biggest criticisms had to do with new notifications wiping out previously received notifications before you could even finish reading them. In today’s update, as long as multiple notifications are received “within a short timeframe,” Pebble will allow you to use the up and down buttons to switch between them. This makes the Pebble immediately more functional and useful.

Outside of the new notification management, they tweaked the UI here and there, swapped music track changing buttons, improved clipped text and graphic presentations, and squashed a ton of bugs.

To grab the update, connect your phone to your Pebble, open the Pebble app on your phone, hit the action overflow menu and chose “Check For FW Update.”