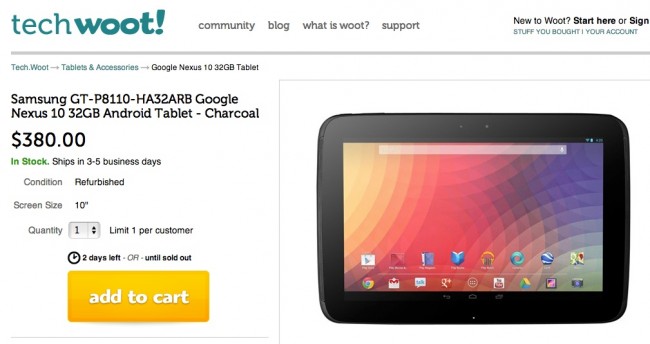 For the next two days (or until they run out), Woot is selling the 32GB version of the Google Nexus 10 for $380. That’s a heck of a deal. The retail 32GB version of Google’s big-screened tablet runs $499 through Google Play, so even though this is refurbished, you are saving yourselves at least $100. When you compare it to the 16GB version, you are still saving yourself around $20, plus some shipping costs. Shipping on Woot is $5, while Google currently only has a $13 2-day shipping option.

Again, this is refurbished and not brand spankin’ new, though some would argue that refurbished models perform better than new since manufacturers have had a chance to fix issues.