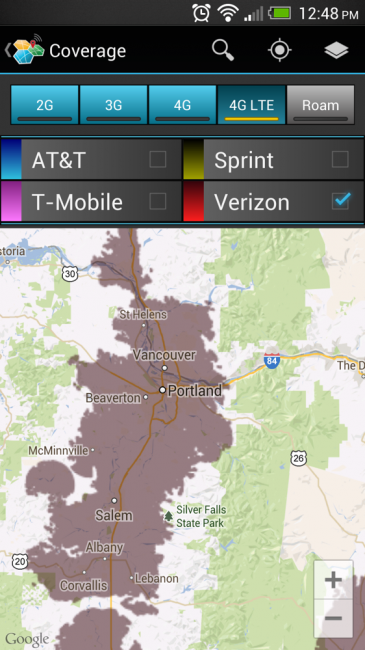 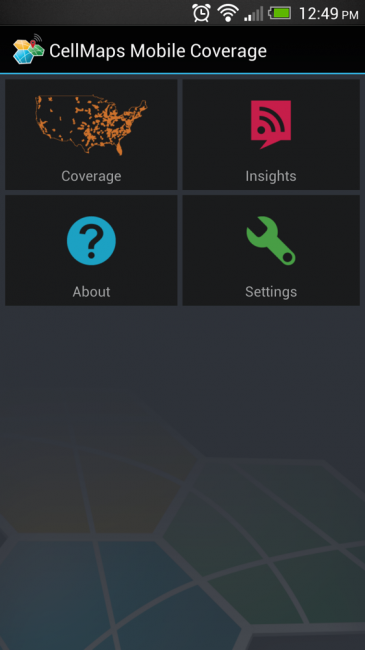 Over the last year or so, we’ve talked a lot about switching carriers. With policy changes frustrating consumers, tiered data hampering usage, and phones not being offered across the board on all carriers, there may not be a better time than now to consider a move. One downside to moving, though, is the worry of coverage with a new carrier not being equal to what you were previous receiving. The last thing you want to do is commit to a new carrier, only to find that your phone can barely hold a signal at home or that LTE won’t be in your neighborhood for years.

Thanks to apps like CellMaps Mobile, you can check out carrier coverage in your area before deciding to make a move. There are a handful of apps that do similar things to CellMaps Mobile, but this app was released this morning and offers up an incredibly simple map feature and carrier selector. It does have an in-app upgrade that unlocks more features, though.

From the main screen you have options of Coverage, Insights, About, and Settings. Coverage takes you directly into a map with boxes for 2G, 3G, 4G, and 4G LTE, along with the four major U.S. carriers to be displayed. Tap the appropriate boxes, and bam, enjoy the visualization of coverage.

The information displayed is not community-generated, but instead uses the marketed maps of carriers for comparison’s sake.

If this isn’t your cup of tea, feel free top check out OpenSignal, which is a community-generated app with quite a few additional features.