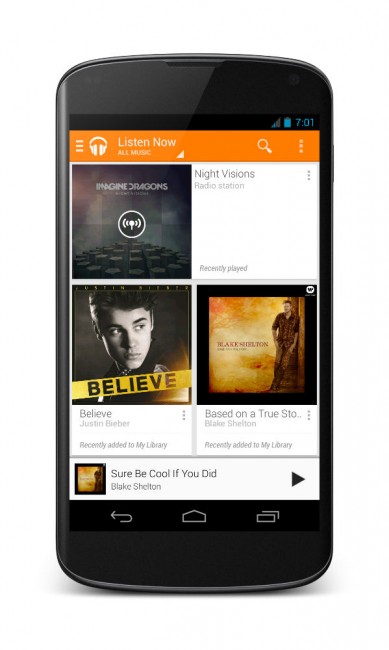 Not only did we not get a new version of the Nexus Q yesterday at Google I/O, but to make matters worse, anyone who has one of the original versions from last year has found that they can no longer use the media center with the newest version of Google Music. Once the new version of music has been installed on your phone, there isn’t an option to switch over to the Q. That’s right, the number one reason to own a Q is now not even an option.

A Googler named Paul, who has been responding to feedback over the last month at their official product forums concerning playback issues on the Q confirmed that the Q is now essentially nothing more than a paperweight:

Read into that however you want, but he didn’t exactly say that the Nexus Q is 100% dead, he just said that this version of Music isn’t compatible. That could mean an update will add functionality or that the Nexus Q app simply needs an update. For now, though, this news shouldn’t exactly excite anyone.

For weeks now, the Q has suffered from playback issues that Google admittedly was “aware” of and “working on.” In fact, two days ago, Paul told frustrated Q owners that the streaming issues were still something the Nexus Q team had on their radar. And now, this happens.

I for one am not happy about this as I have a Q and even purchased a set of bookshelf speakers to be used along side it. But forget me, there are people out there who purchased (as in paid good money for) a Nexus Q through say eBay or other outlets and are now left with a product that no longer works. Frustrating, to say the least.

Hopefully, we see something change for the better in the very near future.

Update:  Google Support pages have been updated to display the following message:

Please note that currently, All Access can be accessed through the Google Play Music mobile app or a desktop browser and is not compatible with Nexus Q.

So don’t rule it out yet – there is still a chance that the Nexus Q will live on.