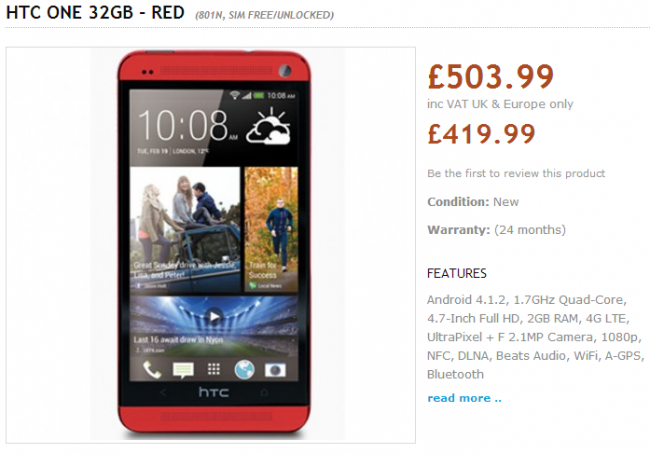 If you were quick on the news when the HTC One was first announced, you might have caught a glimpse of a red variant of the phone on their launch website. It was quickly taken down, but rumors of the mysterious device have not quieted. Word from HTC as of now is that Silver and Black will be the only two hues, but a UK retailer has posted this image to give us all hope.

This is far from any kind of official announcement from HTC, but it is curious to see the image resurface again. It is currently “out of stock” so you can’t snatch one up even if you wanted to. Even though it seems less and less likely that Verizon will be getting a One of their own, we can hope can’t we?