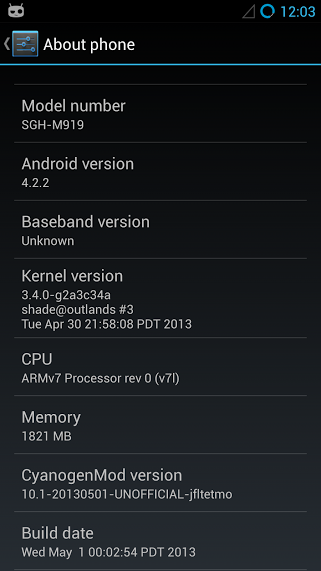 Development for the Galaxy S4 is taking off by leaps and bounds now that the device is landing in the hands of developers. And you know it’s going to be a good time when the founder of CyanogenMod, Steve Kondik takes to Google+ to show off Samsung’s newest flagship running a build of his custom firmware. Along with his post, he says, “Definitely not supporting the S4.” Oh, that guy sure has some knee slappers.

Now that the device is shown running CyanogenMod, at least on this T-Mobile variant , have you decided whether you are picking one up? Unlocks could possibly be coming soon to other carrier versions of the device as we this morning, so development seems to be going swimmingly for this phone. Or was the locked bootloader on some versions even deterring you from buying one?