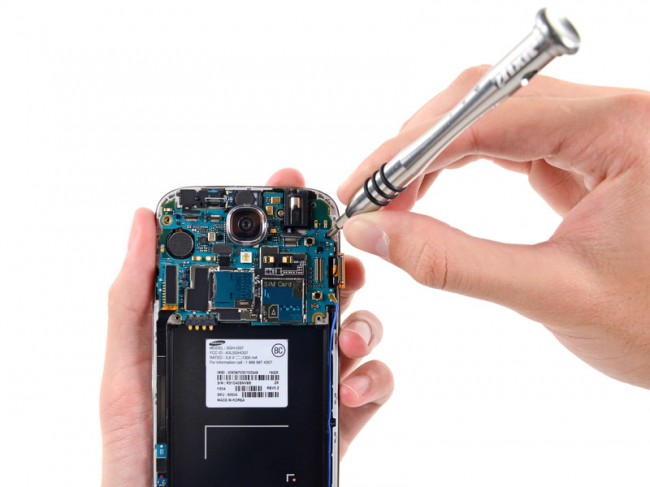 It may not be a drop test (which I know you all love), but iFixIt just posted up their official Samsung Galaxy S4 teardown. With these projects, we get to see the components that make these devices so powerful, such as its Qualcomm Snapdragon processor as this is a non-Exynos variant, a closeup of its 1080p display, as well as some good closeups of the motherboard.

The one thing to take away from these teardowns is that iFixIt rates each device based on their repairability. For example, the HTC One received the lowest possible score, for the simple fact that you must break the device in order to access its components. In a piece of good news, the S4 received an 8 out of 10, which is really good. If you are a tinkerer and like making your own fixes, then the Galaxy S4 might be a pretty good choice for you.