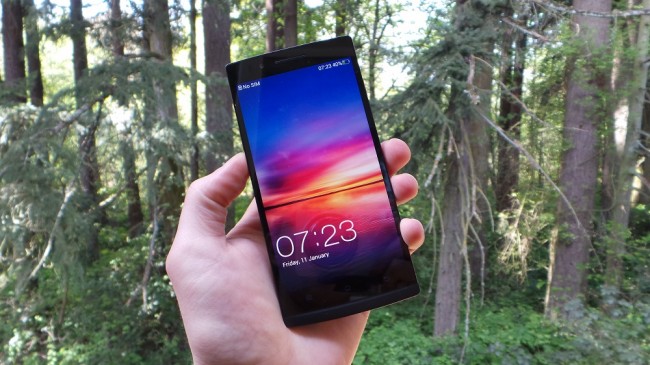 The OPPO Find 5 is an unlocked Android phone manufactured in China that has been out for months already, but over the last few weeks we have received enough requests from readers asking that we take a look at it, that we’ve decided to comply. The device has a pretty impressive list of specifications, highlighted by a 5″ 1080p display, 13MP back-facing camera, 1.4GHz quad-core Snapdragon S4 Pro processor, 2GB of RAM, and Android 4.1.1. It supports both AT&T and T-Mobile’s HSPA+ connectivity, so it certainly is an option for anyone who likes the idea of importing a device to the States.

The device may be labeled as “old news” by now, but it is nice to see what smaller manufacturers are doing in attempting to keep up with the bigger players like HTC, Samsung and Motorola.

Below we have a brief hands-on video (my full unboxing was ruined by constant lawnmowers), as well as a gallery for your viewing pleasure. If you have any questions, let us know in the comments section below.