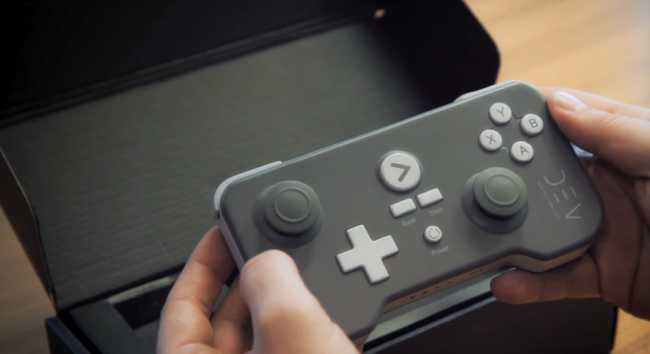 This morning, the developers behind the upcoming GameStick Android-powered gaming dongle released an unboxing of the same packages that are being shipped out to Kickstarter backers. The units themselves are a little bit bigger than the finalized product, as these are prototype units, but they still have the same functionality.

Not only do we get a brief unboxing, but they also take us on a little software tour and show a glimpse of Riptide GP running on the system. Looks pretty nice.

GameStick is still available for pre-order at $80.