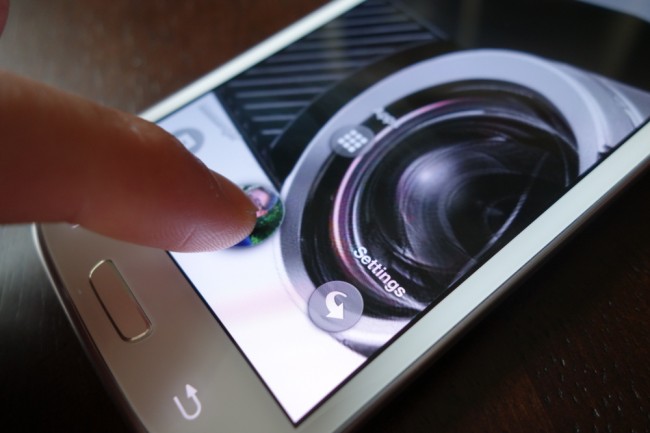 Facebook Home has been heralded by some as Facebook’s first shot at Google and Apple and a warning that they’re going to enter the phone market with their own phone and OS soon. Still others have warned that Facebook Home may spell trouble for Google. I think Facebook Home is great for Google and great for the Android ecosystem as a whole.

When Facebook first sent out their press invitations the Facebook Home event, the Menlo Park-based company only hinted that it was going to show off its new home on Android. Immediately bloggers and journalists began to conjecture that Facebook was going to announce that it had forked Android. HTC was tied to the announcement early on according to rumors, prompting numerous stories asking if Facebook was indeed going to finally make a Facebook phone with their own OS based on Android on HTC’s hardware.

This idea was preposterous, of course. In order for HTC to make a device with a forked version of Android, HTC would have to leave the Open Handset Alliance (something that Acer learned the hard way). Even if HTC didn’t have the shackles of the OHA holding it back, HTC is in no condition to risk Google’s ire by making a fork of Android. HTC needs all the help it can get, and the only place that help is likely coming from is Google.

If you pull HTC out of the equation and assume that Facebook either secretly entered the hardware manufacturing business or found another hardware partner that isn’t a part of the OHA (go ahead, try and think of an OEM that Facebook would trust that isn’t in the OHA and would fork Android) then Facebook would still have to come up with a solution for getting people Android apps outside of the Play Store. Even more importantly, if Facebook was forking Android, wouldn’t they want to avoid talking about Android like Amazon does? Without the Play Store, companies like Amazon have to emphasize that the OS running on the Fire and similar products is familiar like Android, but different in that it doesn’t have any of the apps you purchased (who are we kidding – Android users don’t buy apps!).

Lo and behold, Facebook was not planning on forking Android to make their own phone. Instead, Facebook made an app that can run on almost any Android phone (or at least it will), making any phone a Facebook phone. This approach requires far fewer resources (although the quality of the app suggests that Facebook had undoubtedly worked hard on making a their own version of Android) and reaches far more of Facebook’s one billion users than they ever could with one phone.

This approach encouraged journalists and bloggers to wonder if this move was bad for Google. “Surely Google is upset that Facebook is taking over the lock and home screens of devices instead of Google+! Google has to strike back with Google+ Home!” The thing is, Google already has that plan in place – it’s called Google Now. Right now Google Now may not have Plus integration, but that sort of thing must be just around the corner (Babel is just another move by Google to consolidate all communications under your Google+ profile – you have “upgraded” to Google+, haven’t you?). Now seems destined to become the hub for your notifications and content on every platform (all your email, messages, directions, searches, websites, etc.).

Making a Google+ Home would make Google look like they were caught with their pants down by Facebook’s announcement. Google undoubtedly knows that a Plus Home would not be nearly as popular as Facebook home, so any efforts in that direction would be a waste of resources. Besides, if Google can get Android (and iOS) users to get used to finding everything they need in Now, they’ll win. Facebook may continue to be the main place for social interactions, but Now will hold everything else.

The reality is, Google has nothing to worry about. The HTC First runs stock Android underneath and has all of Google’s services from search to maps to Gmail. While Google may want people to be using Google+ over Facebook, Facebook Home isn’t hurting Google’s bottom line. Even with Home installed, users will still be reliant on Google’s services and seeing and tapping on Google’s ads. Facebook would have too many obstacles to overcome if they wanted to really challenge Google with their own phone and OS. Facebook and Google are certainly both after the same thing (information about users to sell advertisements), but that doesn’t necessarily mean one company has to win and the other has to lose.

So if Google still has tons of information about their users to sell ads and doesn’t have to worry about Facebook forking Android, why should Google be worried? Facebook Home is actually a really good thing for Google. What platform has the best Facebook experience? Only Android. Sure, you can get the Facebook app on iOS, Windows Phone, and Blackberry 10, but only on Android devices do you get the best experience for interacting with your friends on Facebook. While a lot of tech nerds seem to dislike Facebook, regular people love it. Having a phone or home replacement that is designed around the app you have open 90% of the time could be really compelling to users. It may not make a lot of people change from iOS or Windows Phone, but it may convince some to stay with Android so they can keep that great Facebook Home experience.

Facebook has set a new standard for what can happen with home screen replacements and how people can and should interact with their phones. Microsoft may have pioneered the idea that people should come before apps, but they didn’t push the idea that you should stay on your phone interacting with them in such a deeply enveloped way. Facebook has come a really long way from their first mobile apps to native apps for Android and iOS to Home. I’m excited to see a new wave of innovation in the home screen space as well as what else Facebook will do in mobile.