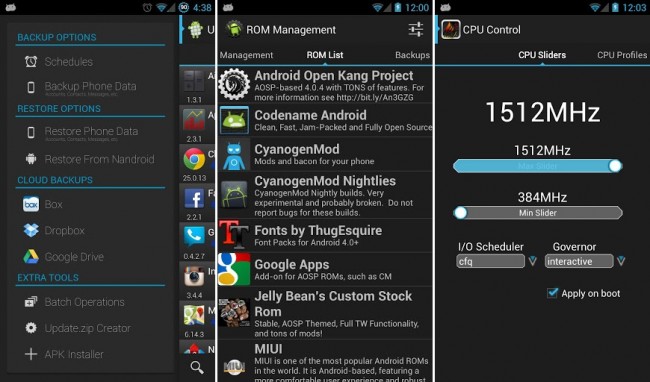 Today, JRummy pushed out a major update to his über popular ROM Toolbox app, with a whole re-write and new features inside. He has added cloud backup storage through Google Drive, Box, and Dropbox, allows for backups of contacts and messages, and an entire re-write of the task manager. It is essentially the go-to application for any rooted user.

If you like what you hear, go check it out in Google Play.