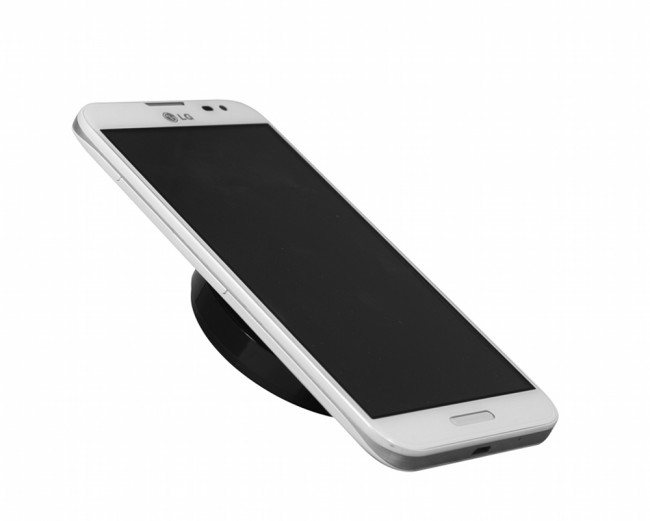 So with tonight’s announcement of the “world’s smallest” wireless charger, this only solidifies their stance on wireless charging as a major feature in the future of smartphones and technology.

This new charger, which doesn’t actually have a name other than WCP-300, is Qi certified (wireless standard) and contains a charging area that is 1.7 times wider than their previous generation chargers. It’s also only 6.9mm in diameter and roughly the size of a typical beverage coaster. It looks a lot like the Nexus 4’s Orb, only without the angular half-sphere attached.

No availability or pricing was announced.

BARCELONA, Feb. 26, 2013 – LG Electronics (LG) today introduced the world’s smallest wireless charger at Mobile World Congress (MWC) in Barcelona. At only 6.9cm in diameter, the WCP-300 is designed with portability in mind. Despite its di-minutive size, the charging area is 1.7 times wider than that of LG’s previous generation wireless charger. The new model is compatible with a standard 5-pin micro-USB charger, providing the highest level of charging performance and user convenience.

The WCP-300 employs electromagnetic induction technology and is Qi certified by the Wireless Power Consortium. Electromagnetic induction produces a magnetic field that in turn generates an electric current to charge the batteries in devices placed on the charging pad. Certification ensures that the WCP-300 is compatible with all smart-phones that support the Qi standard.

“Wireless charging is the holy grail of smartphone user convenience,” said Dr. Jong-seok Park, President and CEO of LG Electronics Mobile Communications Company. “With the WCP-300, LG was able to deliver both portability with top-class charging capabilities in a device no larger than a typical beverage coaster.”