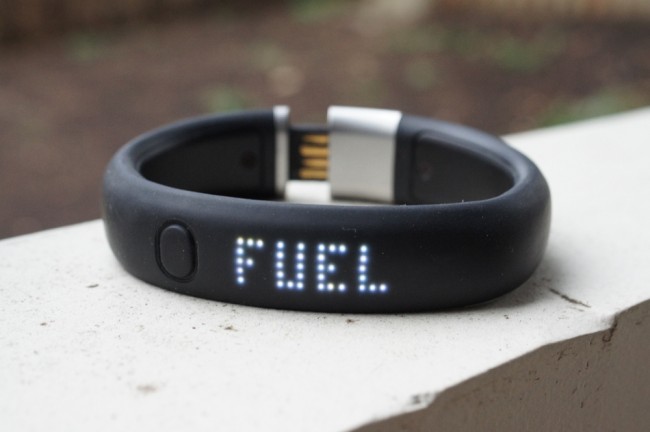 According to Nike’s official and verified Twitter Support account, they are no longer working on an Android app that can be paired with the Nike Fuelband and are instead putting their focus on iOS and the web. To call this news “disappointing” would be a gross understatement.

Back in March of 2012, we reached out to Nike who confirmed at the time that we would be seeing a Fuelband app for Android towards the Summer of 2012. As the summer approached and we pinged them every so often for a status update, it was clear that this deadline would not be met. Once summer was gone, and we saw no app, the future looked grim. The last response I got when mentioning the Android app through some snarky comment was met with “We’ll pass along your interest.”

Then today’s Tweets went out to a number of users: 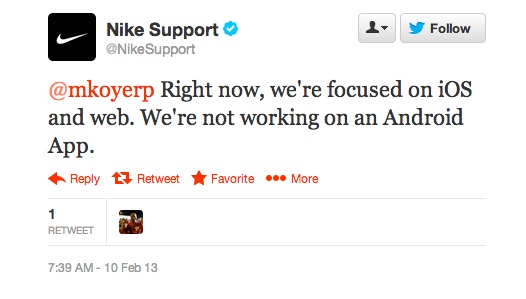 For those not familiar, the Fuelband app would allow Android users to sync their Nike Fuel while on-the-go, over Bluetooth, rather than having to plug-in the device to a computer. There is and has been for quite some time, an app on iOS that does this wonderfully.

As someone who has had a Fuelband since the beginning and racked up over 1 million points in less than a year, I’m extremely disappointed in this news. I kept hoping that they had simply delayed the Android version as they worked to merge the Fuelband and Nike+ apps, similarly to what they had done on the Nike+ website. This news, makes it look like that’s not the case after all.

Does Nike not realize that Android is the biggest mobile operating system on the planet?

We’ve reached out to Nike PR and will update this post if we hear back.

Update:  Here is the response from Nike PR:

To deliver the best experience for all Nike+ FuelBand users, we are focusing on the FuelBand experience across iOS and nikeplus.com, where you can sync your activity, set new goals, and connect with friends.  At this time, we are not working on an Android version of the mobile app.