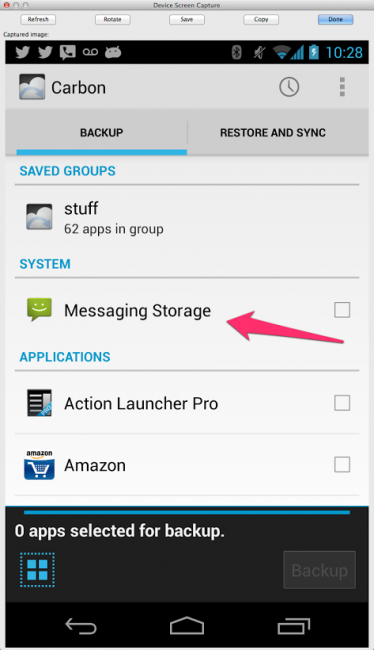 According to the man himself, Koush just got done implementing the #1 requested feature for Carbon, SMS backup and restore. Hip hip hooray. As a bonus, he states that it won’t simply just replace all of your current messages either, but nicely places them alongside already existing messages.

The nice part about this is that Carbon actually merges/syncs the messages with the existing messages on your phone. It doesn’t blindly replace everything like a normal app restore would.

Grab it while it’s hot!