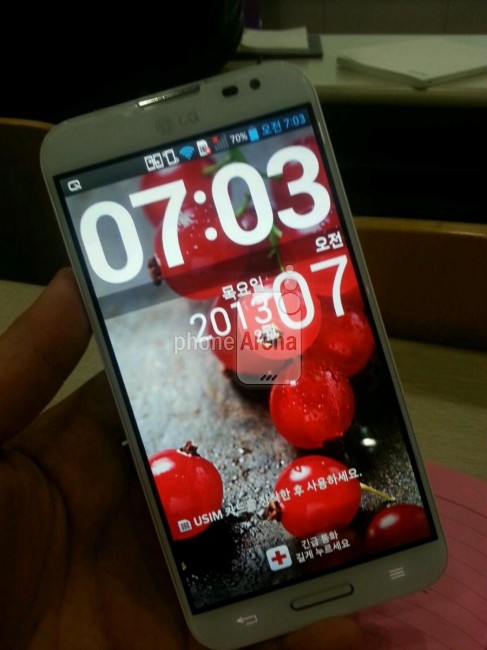 Just a few weeks ago we got news that the LG Optimus G Pro would be coming to Japanese carriers featuring a 5″ screen and slightly better specs than the original G. If the leaked device pictured above is to be believed, LG didn’t think that was big enough to compete with the likes of the Galaxy Note 2. Phone Arena has pictures that suggest a larger 5.5″ device will be coming soon featuring even better specs.

That 5.5″ screen is reportedly at a resolution of 1080×1920 (full HD LCD-IPS), it’ll come with 4G LTE, 2GB of RAM, a 13MP camera on the back and 2MP camera on the front. This should all sound familiar since they are comparable to the Optimus G Pro that we’ve already heard announced, but they get better. LG has bumped the battery up to an impressive 3,140 mAh and added in 32GB of storage as well as an SDcard slot.

This device already looks enough like the Galaxy Note 2, do you think it will be able to compete if it comes to the US?