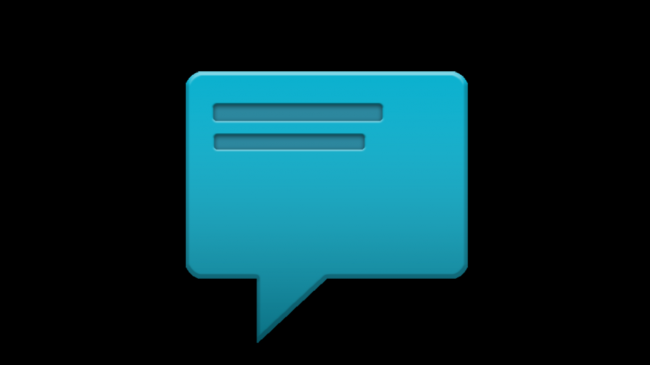 It has been way too long since I have gone out and interviewed a shining star in the Android community, so what better way to bring this series back then by reaching out to Jake Klinker, developer for Sliding Messaging. If you are unfamiliar with Jake’s work, it has been my officially unofficial app of 2013 so far, and for darn good reason. It is a messaging app, based of Google’s own that comes on stock Android devices, but with a new look and a ton of awesome features.

I know plenty of our readers have taken a liking to it, so I reached out to Jake to see if he would like to do a quick ten question interview for DL. He is a very active guy, currently in school, but is somehow making the time to create apps, answer people’s questions, and be there for the community. But enough of all this, welcome back to The Tato Series.

Droid Life:  What’s your name and current occupation? (If in school, what’s your major?)

Jake:  Jake Klinker. I am currently a freshman at the University of Iowa studying computer engineering.

DL:  What interested you about developing for Android? How did you get started in developing?

Jake:  I got started developing in high school by taking a couple programming classes and I realized that it was something I had a natural talent for. I was always an Android guy, not a fan of Apple at all, so naturally I picked it as my platform of choice.

Jake:  Sliding Messaging isn’t my first app, I’ve made a couple of others. One of them was for swimmers and converting times from yards to meters, and I also looked into making a game called Squarez. It wasn’t much of a hit though, but it made me really want to keep trying to see if I could create something useful that others would enjoy.

DL:  What’s the story behind Sliding Messaging? What did you not see in the stock app that you wanted in Sliding?

Jake:  Sliding Messaging really started when I saw the twitter client Falcon Pro. I loved the app and the navigation scheme, and I thought that was exactly how a messaging app should feel! It was a quick and easy way to switch between messages. A lot of people have told me that its a lot like the Google Talk app, but in reality, I’ve never used that app before and had never even seen it in action. The whole idea really all came right out of my head and into code.

DL:  Did you expect such positive feedback from the public for your app?

Jake:  To tell you guys the truth, I never planned on publishing the app at all. I really made it because I was bored over my Spring Break and put all of the base together over about a week. My brother convinced me to publish it and I sure am glad that I did. It seems that there are a lot of people out there who like the idea and that makes me happy! I never expected it to turn into much, just posted a quick thread on XDA and it took off from there. I was so surprised when I started getting all of the feedback and have been trying to fix most people’s issues since. Makes me happy to know that others are using it and enjoying it.

DL:  What can we expect in terms of the future of you and your apps?

Jake:  As for the future, I am doing my best currently to fix bugs and at the same time, adding new features that people are asking me for. Currently I’m working on adding a per contact notification system for even more customization. That’s a big feature that people have been looking for. After that, I will work on some speed optimizations as that is the main problem holding many back. For me, the app flies on my phone and its actually faster than the stock app. But for people with a ton of messages in their inbox, there have been some problems, so I would love to fix that for everyone. It actually may require an almost complete rewrite of the code, so that will take a lot of time, but it should be worth it. After that, I will begin working on MMS as long as I don’t get too many new requests and ideas that I like. Right now, the problem with MMS is that Google hasn’t done any support with it in the APIs, so I am having to look into the CyanogenMod messaging app and trying to figure out how it sends and receives MMS. That will be a very lengthy process, so I am saving it until I have more time. School has kept me very busy lately so I don’t have time to add big features like that. 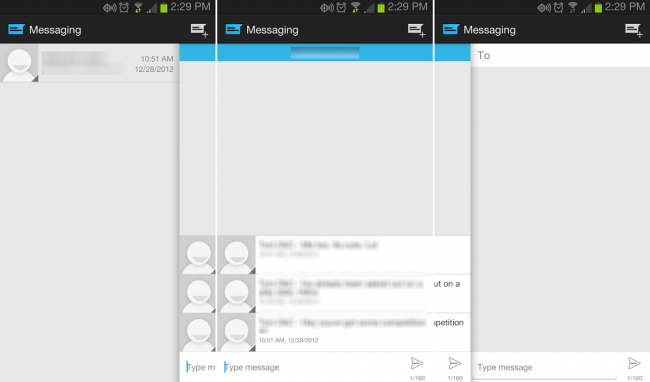 DL:   If there was another app that you would want to tackle, what would it be?

Jake:  Right now, I’m not thinking about new apps, but when the time comes and I am happy with where Sliding Messaging is at, I may begin something else. What I really like to do is take Google apps (which in my opinion are really amazing looking apps), and emulate the look along with adding features to improve it.

DL:  Any words of advice for other young/new developers?

Jake:  For those of you starting out developing either in school or just for fun, just know that it can sometimes be very hard to get started, but there are so many people out there on the Internet willing to share knowledge. If you get stuck, Google it and chances are someone else has the answer. Google has done an amazing job of documenting APIs, so be sure sure to check those out when you have problems or get stuck. Use your resources and you will have a much easier time! I taught all of this stuff to myself and its paid off. Someday I hope to get a job doing this for a living because its what I love to do.

Jake:  Right now, I’m using a Samsung Galaxy Nexus, but I recently bought two Nexus 4’s and I may be switching carriers away from Sprint so that I can use a GSM phone. Could never switch away from a developer phone now that I’ve used one for a while though.

DL:  Any last words for the Android community?

Jake:  I don’t like last words, makes me feel like you’ll never hear from me again and that’s not the way I like to leave things. Instead, I’ll close with this – expect lots of updates in the future! You guys that have paid for the pro version will always have priority on requested features and I will do everything I can to accommodate them! Thanks for downloading the app!

If you still haven’t checked out his app, you can grab it through Google Play for just $0.99.