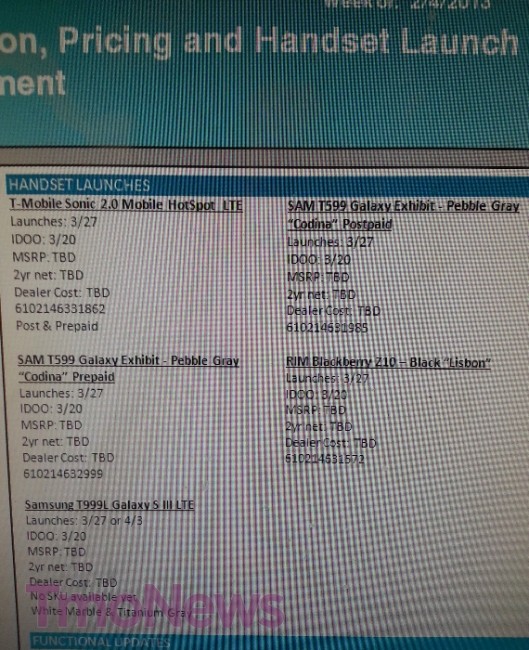 Dates have been set for the launch of T-Mobile’s Galaxy S3 that comes with LTE support. Their 4G network might still be in the fledgling state, but as the months come and go, it will grow and become more accessible to their customers. March 27 and April 3 are the supposed dates of the device’s launch, alongside the Galaxy Exhibit, the BlackBerry Z10, and even a 4G LTE hotspot called the Sonic 2.0.

So, umm, do people who bought the Galaxy S3 on a new two year when it was first released for $300+ on T-Mobile get some type of deal on this one? Yikes.