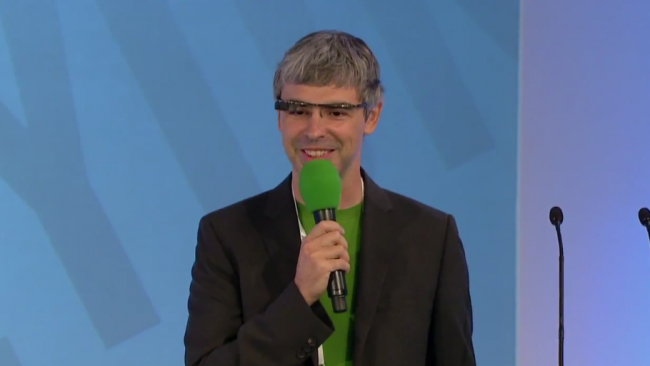 Google CEO Larry Page sat down for a lengthy interview with Wired recently that covered a number of big, broad topics. As one would expect, Android, Motorola, Google+, and competitors like Apple and Facebook highlight the conversation. Page, who typically holds back a bit, unlike former CEO Eric Schmidt,, seemed to open up a bit and even take a few subtle shots at some of his company’s foes.

Most importantly to us, he talked about Motorola, a company we still aren’t sure what to expect from almost a year after being acquired by Google. The original question touched on the purchase as being patent-driven, but Page quickly turned it towards the products that we may soon see. Their goal is to make disruptive products in a similar way to what Google has done for years. He sees plenty of room for innovation when it comes to phone hardware.

Here is Page’s quote on Motorola:

As we said when we acquired Motorola, we’re running it independently, and Dennis Woodside is in charge. But that’s very much what we want to do with Motorola and what Dennis wants to do. There’s a lot of room for innovation in hardware. The phones we use now have glass that everyone worries will break if they drop the device. Five or 10 years from now, that will be different. There’s going to be a lot of change.

When asked about Steve Jobs’ threat to wage a thermonuclear war against Android, Page responded simply with:

How well is that working?

To be fair to Apple, we can’t completely dismiss their tactics for war. They were able to force HTC into a licensing deal and have also completed the first few steps in a process to get Samsung into paying them around $1 billion. Google may not have felt the wrath of Apple, but the companies using their software certainly have.

Last, the interview moved towards Google’s biggest online competitor, Facebook. Page mentioned that they are a strong competitor, but that Google feels it is doing something different with Google+. He also pointed out that he doesn’t believe Facebook is releasing quality products. In fact, he called them “bad” and then mentioned their competitors copying some of the things they have introduced with Google+.

It’s not the way I think about it. We had real issues with how our users shared information, how they expressed their identity, and so on. And, yeah, they’re a company that’s strong in that space. But they’re also doing a really bad job on their products. For us to succeed, is it necessary for some other company to fail? No. We’re actually doing something different. I think it’s outrageous to say that there’s only space for one company in these areas…

…I’m very happy with how it has gone. We’re working on a lot of really cool stuff. A lot of it has been copied by our competitors, so I think we’re doing a good job.

You can read the full interview over at Wired if you’d like.