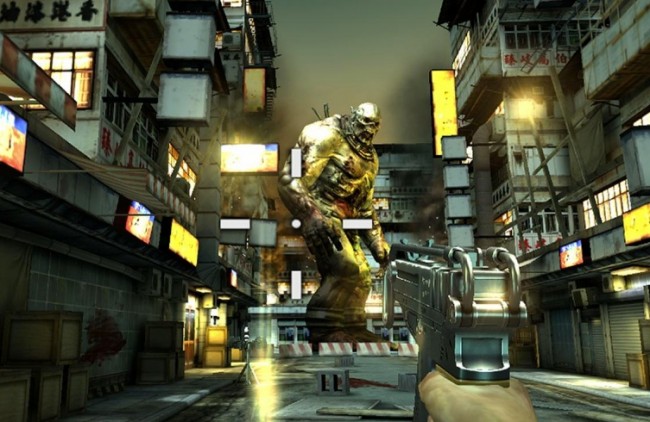 At tonight’s NVIDIA event, while showing off their new Project SHIELD, the company gave us a sneak peek at an upcoming release from Madfinger Games, Dead Trigger 2. From what we did see in a short gameplay demo, the game looked pretty intense, but other than that massive zombie you see above, we don’t know much else. No release time frame or anything too juicy.

They also showed off Real Boxing for Android, which is a realistic boxing simulation game. Naturally, not much else is known for that one either. It is good to know that we have some sweet titles coming down the road soon that we can look forward to.

Even better is knowing that we will get play them on Tegra 4 devices sometime this year.