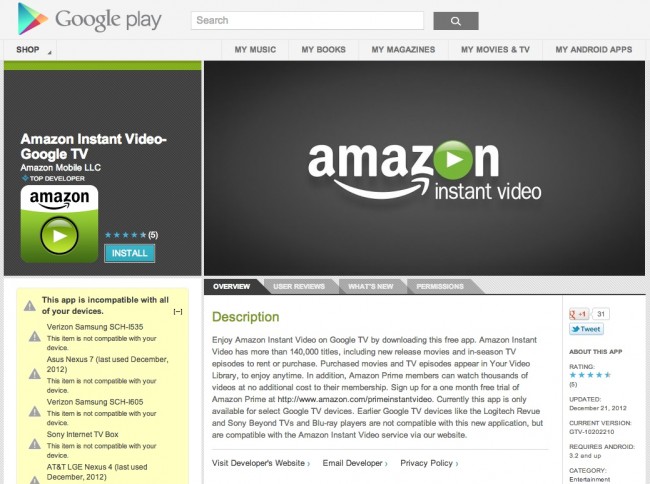 If you’re the owner of a brand new LG television equipped with Google TV, you’re in luck! Amazon has released an official Amazon Instant Video app for 2012 LG models only, kind of leaving the rest of us out in the cold. The app brings a fantastic user interface to buy and watch movies/shows from, as well as look through your watchlist and closed captioning options.

According to Google, we can expect more Google TV devices to be supported soon, but no time frame was given. My guess? Well, let’s shoot for, “many moons” from now.