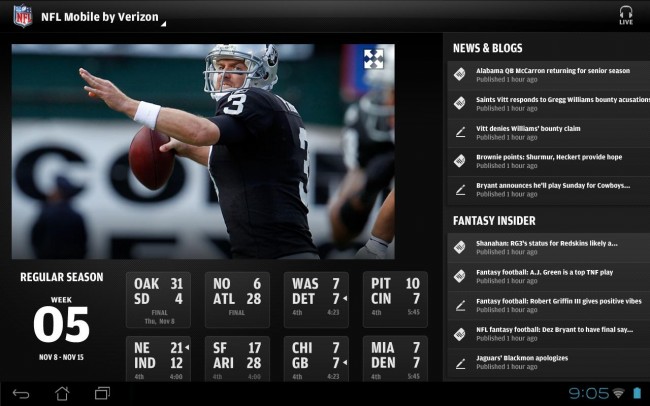 A couple of popular Android apps received updates this morning that make them tablet optimized. NFL Mobile, the Verizon exclusive, now supports bigger screens with a new tablet UI, is ready for the post season, will have live video of select post season games (including the Pro Bowl and Super Bowl), and live audio of all post seasons games.

Flipboard, the popular news feed app that came over from iOS this year, received an update that only lists it as being “bug fixes,” however, it actually introduces a new tablet optimized layout. Instead of flipping up and down to jump between pages and stories, you now flip left and right. It looks a lot like the newest Google Currents, actually – very nice update.