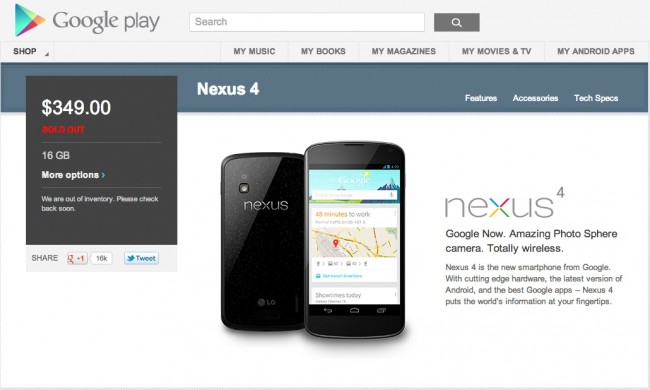 Since it’s Monday and we are days away from X-mas, it seemed appropriate to update the Nexus situation in the Google Play store. Last week, the 8GB Nexus 4, 16GB Nexus 7, and 32GB Nexus 10 were all marked as “Sold Out,” which means they weren’t even available for backorder. Previously, Google had changed to an extended shipping period so that customers could still order the device, just not expect it to arrive for weeks. We aren’t sure what changed, but those days are gone.

Oh, the Bumper case for the Nexus 4 is also sold out (our hands-on).